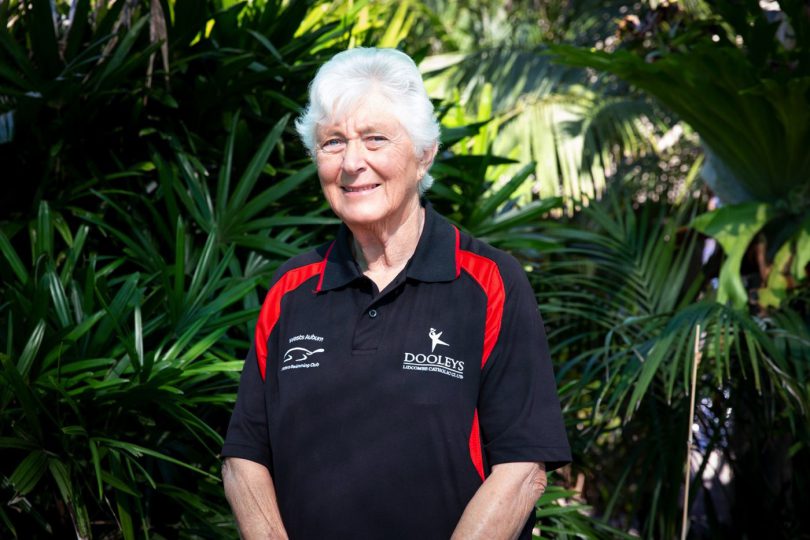 She was also first in her 81-84 years age group on points after winning the 50m, 100m and 200m breaststroke events.
Part of the Wests Auburn Masters Swimming Club, Mrs Hall learnt to swim as a child at school in England but only took it up here in 1985.
“I walked past a poster for Masters Swimming on a hot, sunny day and thought I would give it a go,” she said.
She now credits swimming with keeping her happy and young.
“When I see other people my age they are nowhere near as agile and all think I am much younger,” she said.
“I am in great health and thoroughly recommend swimming for fitness and enjoyment and train and compete three times a week with Wests Auburn, a very friendly club.”
Also doing well in the state championships was Wests Auburn club president and Bankstown resident Kerryn Blanch.
She scored gold in the 100m butterfly and the 200m butterfly as well as silver in the 100m breaststroke, 50m breaststroke and 100m freestyle in her 45-49 age group.
“Everyone was very happy to be back in the water again after a competition Covid break and we’re now looking forward to the short course state titles to be held later in the year,” she said.