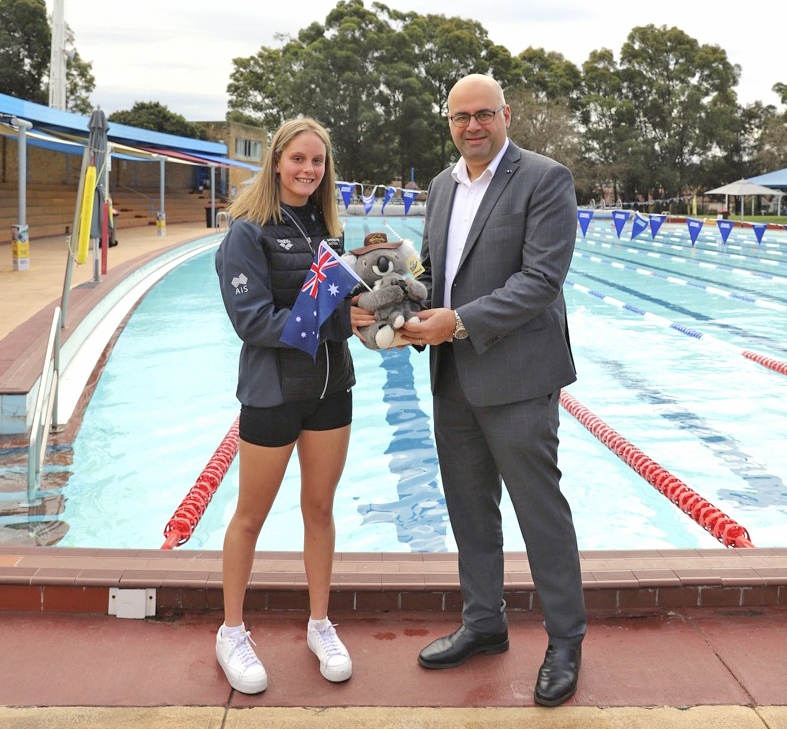 TEENAGE swim sensation Abbey Connor is already breaking records – and that’s before she dives into the pool at this year’s Commonwealth Games and World Championships. The Panania 17-year-old has become the youngest Australian to qualify for both events and was congratulated for her efforts by Mayor Khal Asfour before she flew out on Saturday to begin preparations to take on the world’s best. 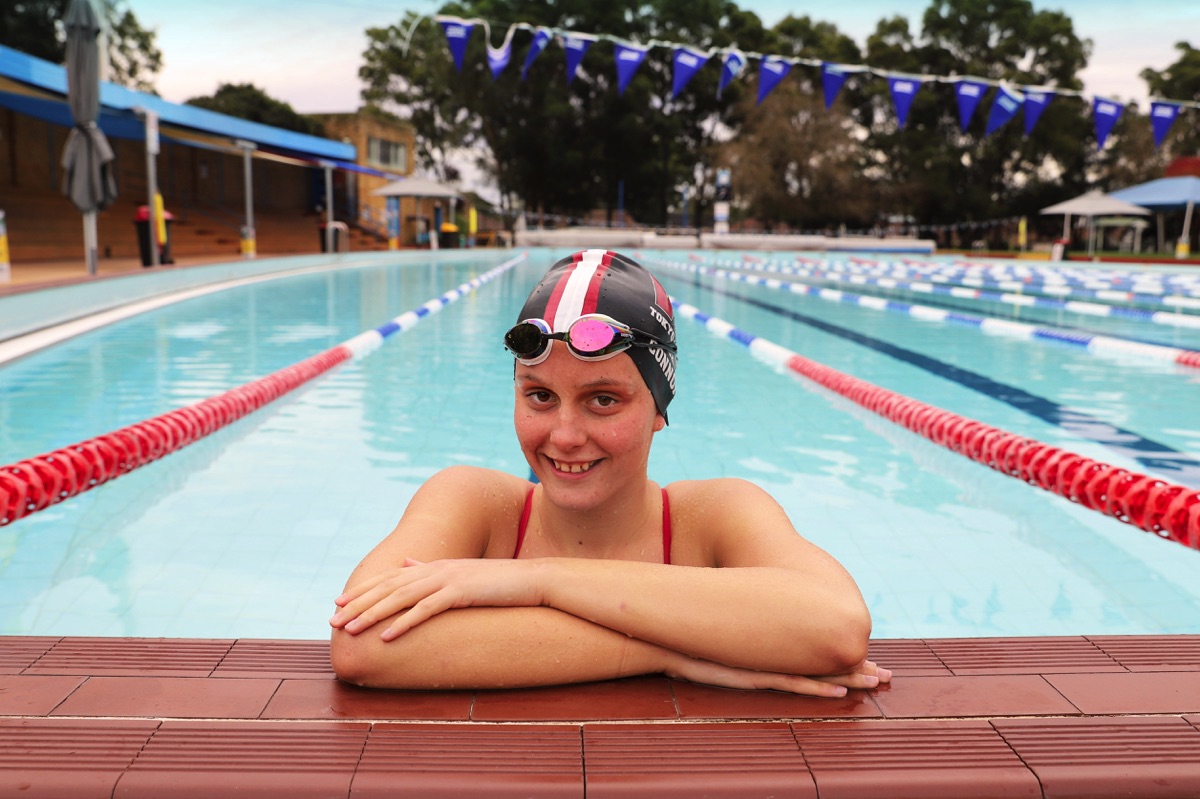 PANANIA teen swim star Abbey Connor is the youngest on the Australian team to qualify for the World Championships and the Commonwealth Games.
Training at CBCity’s Leisure and Aquatics Centres with the Harlee Elite squad up to eight times a week, she flew out of the country on Saturday as part of the Australian Dolphins Swim Team.
A butterfly champion, Abbey started swimming when she was just six months old and hasn’t left the pool since.
“You have to put in the hard work and I really like seeing the results out of that work you do,” she said.
“It takes a lot of dedication and time, but when you love what you’re doing and have support around you, it makes it all worth it.”
She will be overseas for three months, where she will compete in the World Championships in Budapest and the Commonwealth Games in Birmingham. She will also visit Slovakia, Spain and France for training camps.
“I’m so excited to travel the world for the first time, especially with the well-known swimmers in my team like Ariarne Titmus,” Abbey said.
“I’m looking forward to going away, learning off my fellow teammates and ultimately improving my training.”
“And if all goes well, I’ll be training even harder for the Paris 2024 Olympics.”
Canterbury Bankstown Mayor Khal Asfour says he’s incredibly proud to see so many elite swimmers, “who put the hard yards in at our facilities, dominate pools across the country”.
“These young stars train at our pools day in and day out, a true demonstration of what hard work and determination can achieve.”
“I’m so proud to see Abbey reach for the stars and cannot wait to cheer her on as she competes in the Commonwealth Games.”