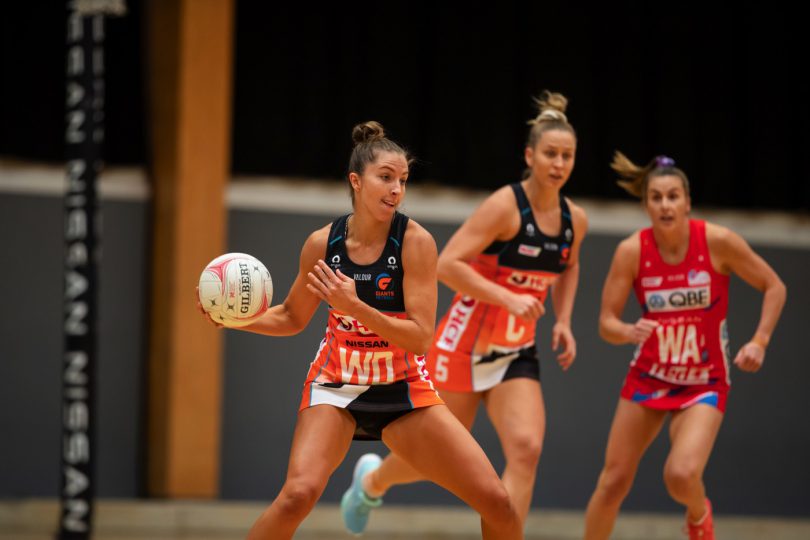 THE NSW Swifts were too good for the Giants in front of 8,000 netball fans at Ken Rosewall Arena on Sunday in the Suncorp Super Netball’s Round 6.

A titanic effort from prolific shooter Sam Wallace helped Swifts to a 63-51 win over their local rivals, in their most complete performance since winning the 2019 grand final.
In front of 8,158 spectators, Swifts led by one, four and eight after each of the first three quarters.
Giants fought hard in the final quarter, but couldn’t get the deficit below six.
Swifts opted not to take a super shot, while Giants made six of their 14 attempts, and shot at 80 per cent overall.
Neither team led by more than two in a hotly-contested first quarter.
Both teams controlled the ball well, with hardly any turnovers as Swifts led 18-17 at the first change.
Swifts capitalised on a couple of turnovers to lead by six with under four minutes of the second quarter left.
Giants’ coach Julie Fitzgerald shuffled her circle defence around halfway through the second quarter, bringing on Kristiana Manu’a at goal defence for April Brandley, who less than a minute later returned to the court at goal keeper in place of Sam Poolman.
Swifts’ coach Briony Akle was less inclined to tinker with her starting seven, apart from bringing on Tayla Fraser for Nat Haythornthwaite at the start of the second half.
Giants take on Lightning at Ken Rosewall Arena Sydney on Saturday at 3pm while the Swifts face the Thunderbirds at Adelaide Entertainment Centre on Saturday at 6.30pm.