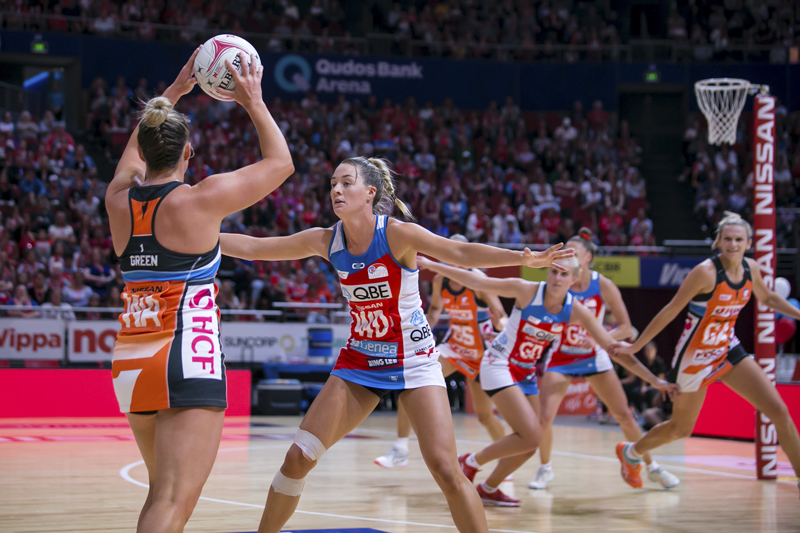 NETBALLER Lauren Moore remains determined to shave off her shoulder length hair to raise funds for The Kids’ Cancer Project.

The NSW Swifts defender lives with her grandparents in Bankstown during the netball season and works at Sydney Olympic Park but with both the 2020 season and her job on hold due to the Covid-19 outbreak, she’s back at her parents’ home on the Central Coast.
“It’s all very unfamiliar territory for everyone right now,” she said.
“Like everyone else we are all just taking it one day at a time. I think at times like this it’s important to stay positive.”

Before the outbreak, the 22-year-old was planning to shave her head on April 24 to coincide with the team’s Junior Members Clinic with the aim of raising $10,000 for the Swifts’ official charity partner and says it will still happen, even if the cut itself is just streamed online.
“There are still kids out there being diagnosed with cancer every day so I’m still going ahead,” she said.
A part of last year’s Premiership winning team, Moore made her debut for the Swifts in 2016 before undergoing two shoulder reconstructions and says a tough recovery from the second operation, was a big part of her motivation.
“I realised that it was nothing to what some of these kids were going through. That really hit home for me,” she said.
“I have met people from The Kids’ Cancer Project on numerous occasions down the years and I have always been blown away by what they are trying to do.
“Making the decision to shave my hair off was not a difficult one. It was really a bit of a no-brainer. Hair grows back.”