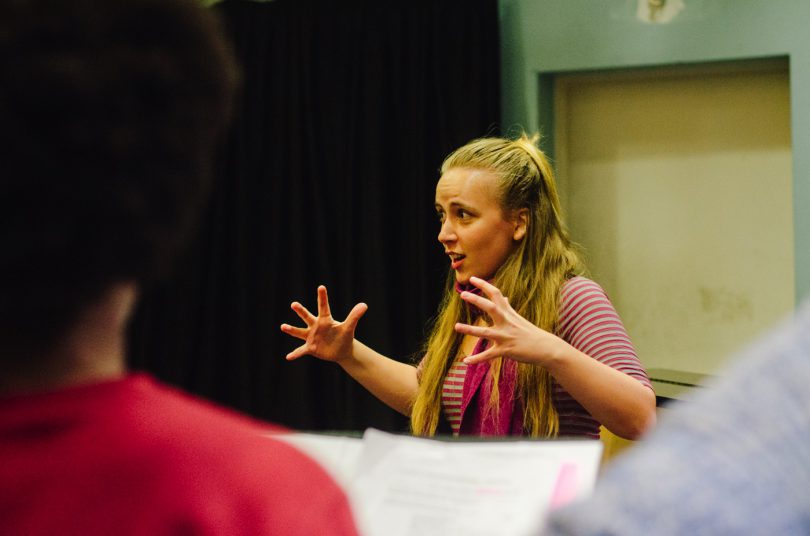 FIKA, the critically-acclaimed new release by Elysian Fields (Australia’s only electric viola da gamba band), will have its official live launch with two performances, along with the first public performance of ‘Shadows’ by celebrated young Australian composer and Tempe resident Alice Chance, as part of the Sydney Women’s International Jazz Festival at Mary’s Underground (formerly The Basement) in November.

The project has deep roots in viola da gambist and artistic director, Jenny Eriksson’s Swedish ancestry.
Her grandfather arrived in Melbourne from Stockholm in the 1920s – and inspired her love of Scandinavian jazz and folk music.
Pronounced ‘fee-ka’, the recording takes its name from the Swedish practice of fika – sitting down for coffee, conversation and pastries with friends and family.
Alice said: “I first saw Jenny perform when I was five and went home asking my parents if I could learn viola da gamba – so she must have been good! Some 21 years later, Jenny remains an inspiration and friend.
“I’m so excited that Elysian Fields have taken on my piece, ‘Shadow’. I want to do a big shoutout to Michael Lawrence, who supported this creation of this work, and at whose concert it premiered.
“Shadow is inspired by looking at impressionist paintings, such as those of Renoir, and finding that some of the most beautiful, subtle, and gleaming hues could be found in the shadows. I found this was a poignant metaphor for shadowy phases of life in which colourful moments seem that much brighter.”
With easing of restrictions, the November 1 concerts (3pm and 6pm) are the band’s opportunity to finally launch it in style, with a live audience in an atmospheric (while Covid-safe) venue.
Tickets $40/$35 conc. Bookings: moshtix.com.au.