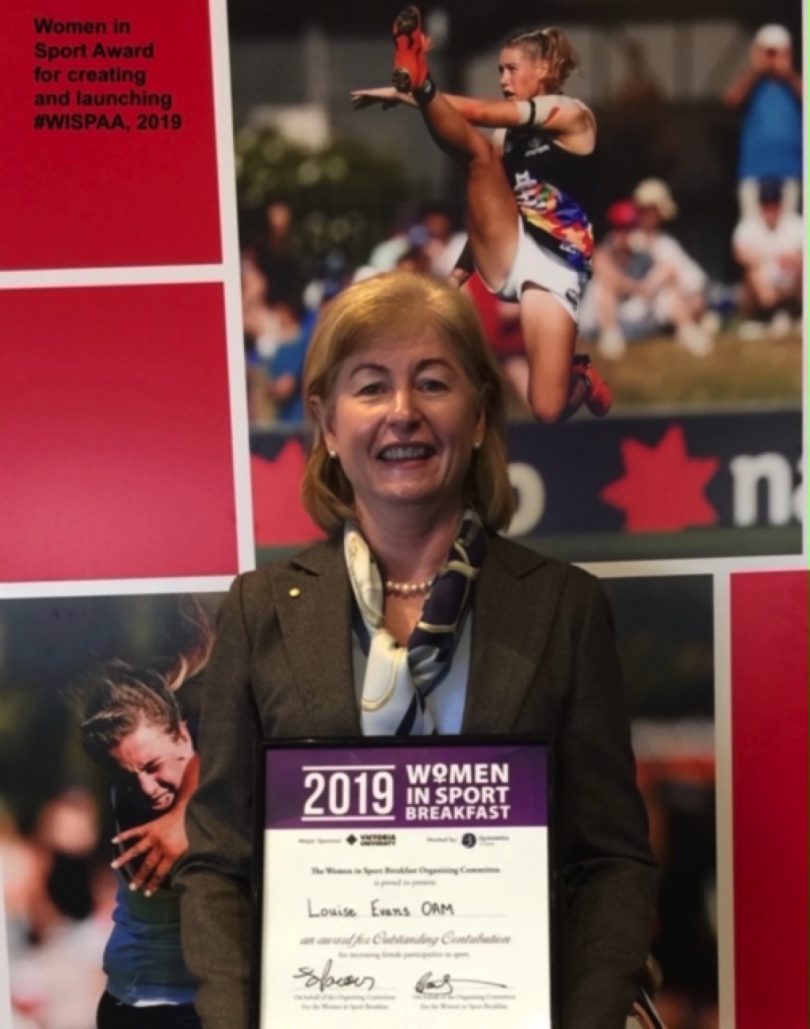 AFTER founding the Women in Sport Photo Action Awards (WISPAA) last year in her own time, to help change the media and public perceptions about women in sport, Newtown journalist and author Louise Evans has now been named Adult Volunteer of the Year in the Sydney region at a special virtual ceremony for the 2020 NSW Volunteer of the Year Awards.

Louise launched WISPAA under the auspices of Women Sport Australia (WSA), the national not-for-profit advocacy body for women in sport.
When the WISPAA awards were run and won, Louise helped turn the images of the 30 WISPAA finalists into a stand-alone touring exhibition which went on display at 28 corporate, academic and retail sites in NSW, Queensland, Victoria, South Australia and Western Australia between June 2019 and April 2020.
In June 2019, Louise’s contribution to the media and sport was recognised with an Order of Australia Medal (OAM) in the Queen’s Birthday Honours List.
Getting a big surprise after being told she had won, Louise said she had no idea she’d been nominated but was now looking forward to meeting in person the other awardees at the state finals in December.
“The online ceremony was overwhelming; I was amazed at the geographic and ethnic diversity of the other volunteers who are doing so many great things in their own communities in their own time and out of their own pocket,” she said.
“Hopefully I will get to meet them and learn from them to help me with whatever I am doing in the future.”