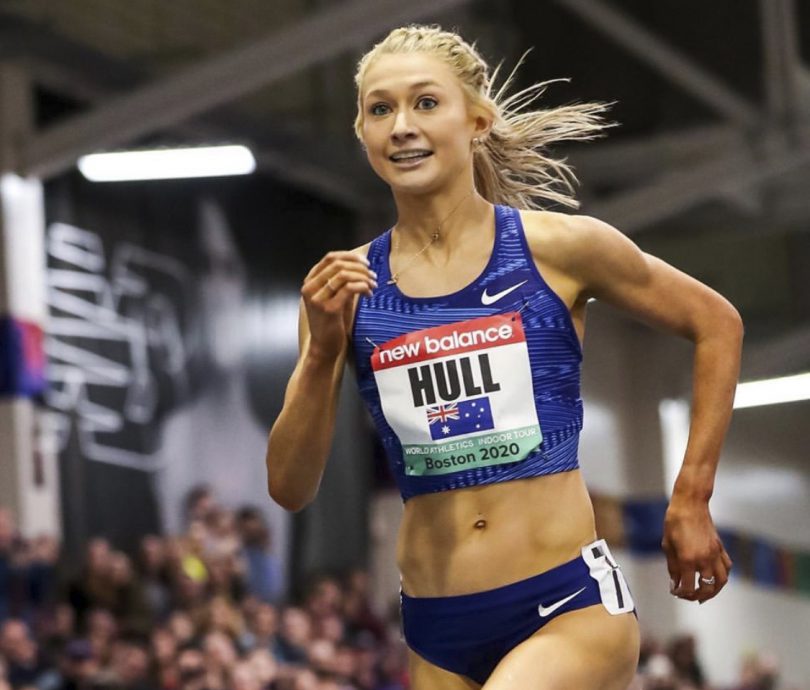 BANKSTOWN Track Project star Jessic Hull, 23, has been named 2019/20 Athletics NSW’ Female Athlete of the Year which she says was a big surprise since she was up against so many other talents but is thrilled to have scored the honour.

Living in America for the past four years after moving there to take up an athletics scholarship at the University of Oregon in 2016, Australian distance runner Hull had won three consecutive junior Australian Athletics Championships in 2013–2015, and set Australian and Oceanian indoor 1500m records.
She also ran a personal best for the mile in the UK, came fourth in Berlin and 13th at the World Athletic Championships in Qatar last year.
Having turned pro last June, Hull was based out of Nike’s global headquarters in Portland but made the decision in March to return home and wait out the Covid-19 crisis ahead of the Tokyo Olympics which were cancelled soon after.
Instead of building towards a peak in August, Hull has shifted her focus to establishing a base to ensure she can reach even greater heights at next year’s Olympics.
While disappointed she will have to wait another 12 months to make her Olympic debut, Hull is determined to ensure her performances next year are even better than what she could have produced this year.
“Being so young, it’s something my coach has reminded myself and a couple of other athletes in our squad. We don’t want it to be postponed, but he’s reminded us we have youth on our side.
“I’m excited to see what next month brings, Bankstown Senior Athletics Club Secretary and Athletics NSW Chair Matt Whitbread has got some great competition ideas ready to implement when it is safe to do so; it’s going to be a lot of fun being involved in that.”