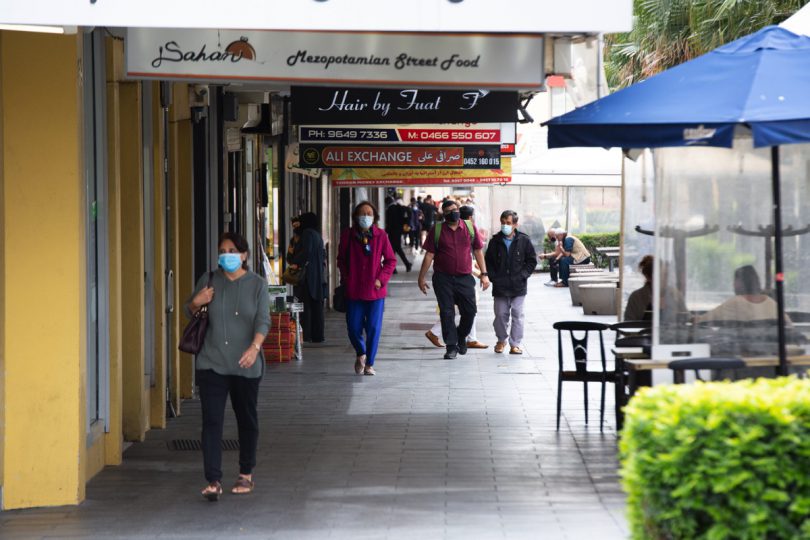 IT’S normally a quiet time of the year for smaller supermarkets, fruit shops, butchers and chemists but they are busier than ever thanks to large supermarket supply chains being crippled by the sheer number of transport, distribution and shop workers now sick or required to isolate.

Adding to the woe is the response of shoppers to shortages or the expectation of shortages – products disappear from shelves and people buy more in response.
Enjoying the extra trade, Fresh City on Auburn Road is a hive of activity.
“We are busier than ever,” a spokesperson said.
“It’s because of the shortages of fresh food in the large supermarkets; shoppers are returning to their corner shops or local suppliers to get what they need.”
Lidcombe Central Supermarket is also busy, along with Sahar Supermarket and Harkola in Auburn.
Other than being impacted by the occasional shipping delay, Bizim Market has been unaffected with the Middle Eastern goods importer doing a roaring trade online.
“It’s very much business as usual,” a spokesperson said.
Large fast food outlets are reducing their chicken offerings on the menu as concerns about meat supply chains loom but local butchers are still going strong.
Auburn Halal Meats has a full meat range available but a spokesperson says, that may change in the next week or so.
“Everything is going fine at the moment,” he said.
Not so for Guildford Pharmacy with staff unsure when their backlog of Rapid Antigen Tests or cold and flu medications will arrive.
“It’s chaotic, frustrating and exhausting,” a spokesperson said.
“We’re low on everything bar prescription medication; I really feel for some of our customers who are sick but can’t get a test yet, they’ve just got to stay home and isolate.”