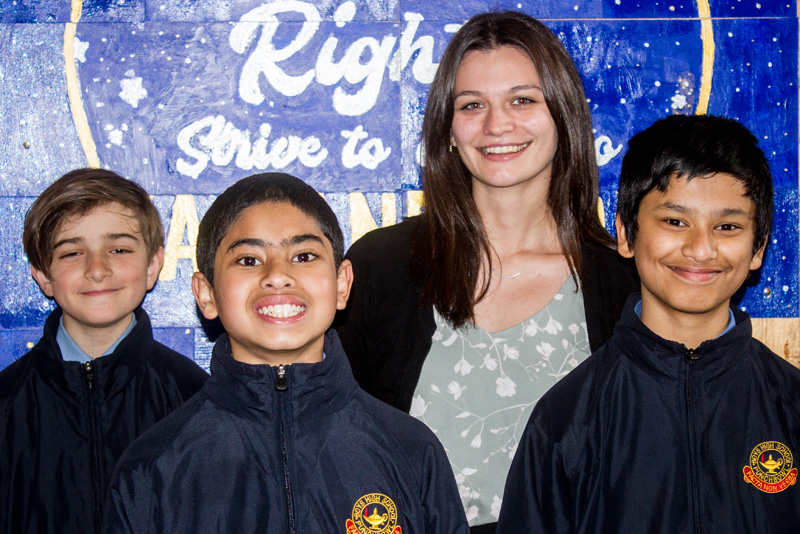 Taking place this Friday, the team comprises Adib El-Sett, Ali Tellaoui, Jad Karrajah, Amin Aggag, and late addition, Umar Sha.
Katherine Zeman, who is in her first year of teaching, coached the team this year alongside Antonio Mancia, and said the boys’ victory was one of the highlights of her early career.
“I’m so proud and excited at how far they have come,” she said.
The University of Sydney Union is one of the most revered and successful debating societies in the world, with numerous Australian, Australasian and World championships to its name.
“As a society, we place a heavy focus on development and training, both with our own members and with the next generation of young debaters,” Director of Debates, Viran Weerasekera, said.