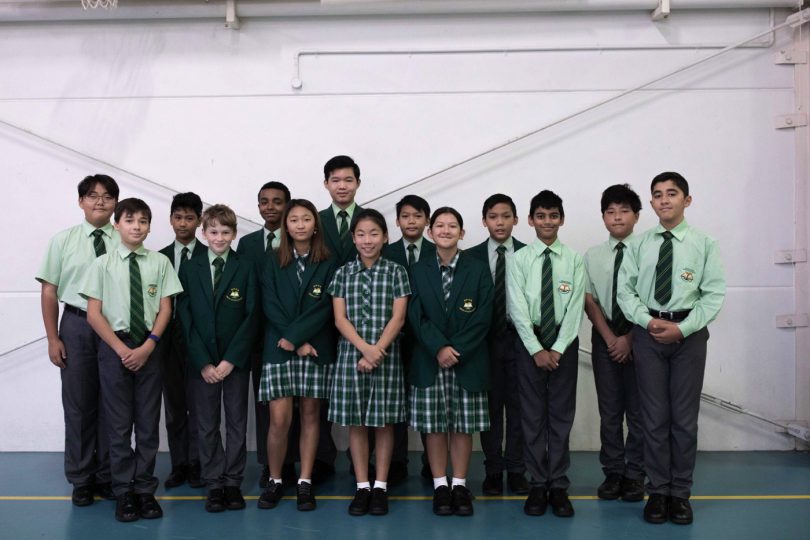 THIRTEEN Year Seven and Nine students from Regents Park Christian School (RPCS), were triumphant claiming first and second in the world for the highest individual Latin point scores at the Global Latin Language competition in March.

They also came first in the world for teams up to 50 students and seventh in the world for teams up to 10,000 students.
Individual students worked toward prizes and their totals contributed to school points.
Regents Park Latin Teacher Ron Challis said: “Our very small team was competing against some of the largest schools in the world, where there were sometimes thousands of students in each school doing exactly the same work as us.
“Latin is the gateway language to improving English, with 50 per cent of our words coming from Latin.
“Latin was the language used to work out our ideas of law, government and Christianity, and RPCS is proud to offer Latin to all Year 7 students.
“This dynamic, one-year course is for Latin beginners who also enjoy learning about life in Roman times with a strong focus on translating Biblical passages.”