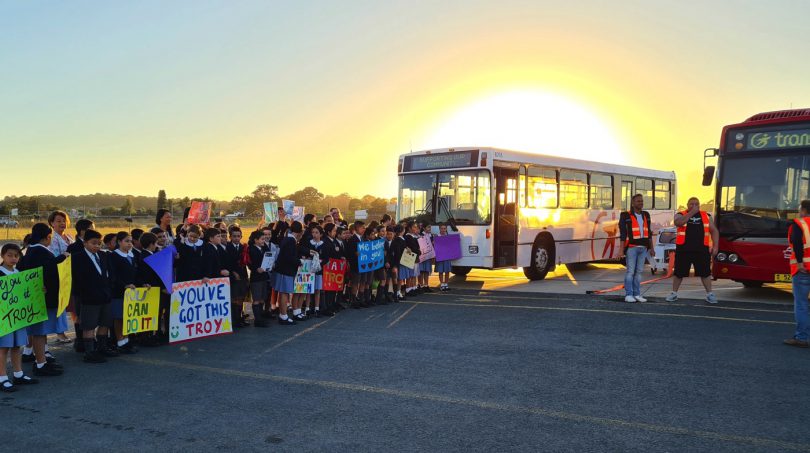 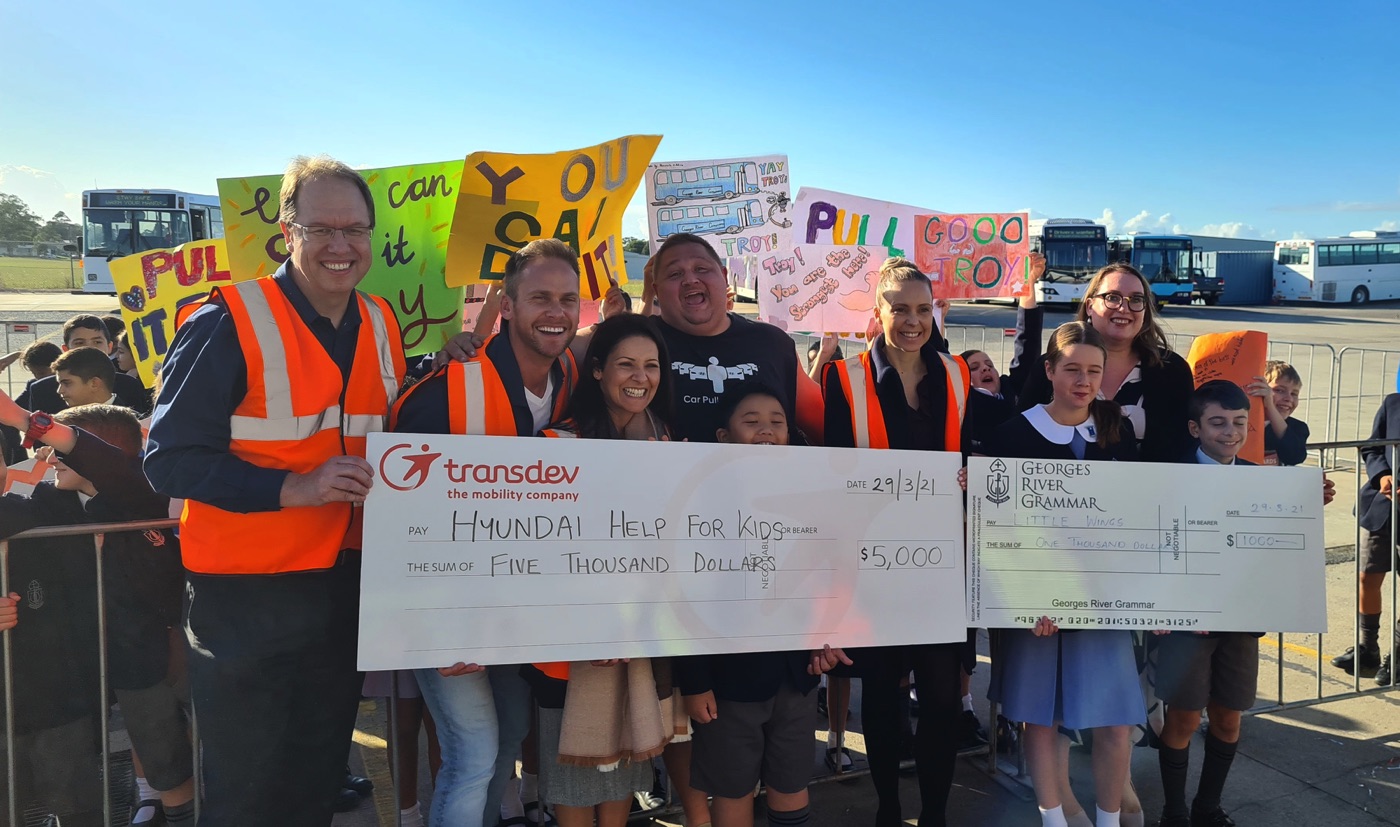 ACHIEVING his goal of raising $5,000 for children’s charities, local strongman Troy Conley-Magnusson (pictured) pulled two buses over the finish line at Transdev’s Bankstown Depot last week.
This was not Troy’s first strongman event with a long list of garbage trucks, ice-cream trucks and light aircrafts on his resume, but it was the first time he had attempted to pull two buses, weighing a hefty 11,200kg each.
When the time came, cheered on by students from Georges River Grammar and a team from Channel Nine’s Today show, Troy successfully pulled the two vehicles over the line.
His motivating force is the Hyundai Help for Kids Foundation which supports three children’s charities including Ronald McDonald House, Sydney Children’s Hospital and Little Wings, located at Bankstown Airport, and support the movement of sick children from rural NSW to the city for medical treatment.
Transdev were more than happy to contribute to the cause with the $5,000 donation.
Transdev NSW Managing Director Robert Macey said: “It’s not every day that we receive a request like this, but having received it, we were most happy to support Troy and in turn, three wonderful children’s charities.”
“We will be ready if Troy wants to attempt another challenge, perhaps pulling three buses next time.”