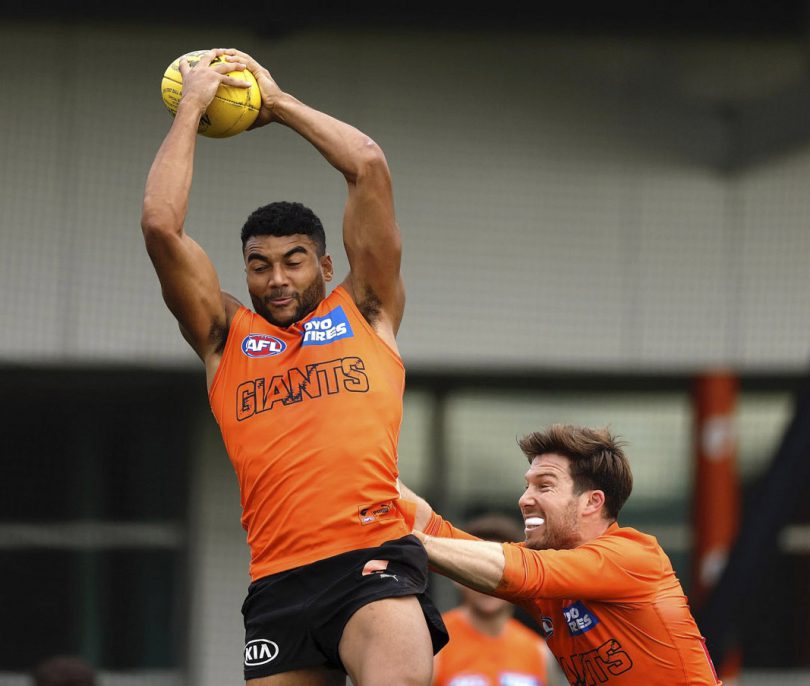 THE GWS Giants were up for the fight early, but Carlton flexed its muscles in the second half to storm home for a 36-point win at Marvel Stadium on Sunday afternoon.

The Blues led by just three points at half-time but put the brakes on the visitors during the third term and in the end, pulled clear for a 13.12 (90) to 8.6 (54) win.
Toby Greene could have put the Giants in front midway through the third quarter but failed to score with an around-the-corner kick after marking 30m from goal on a slight angle.
The Blues took advantage, kicking the next three goals in quick succession to give themselves breathing space.
Greene showed flashes of brilliance, using Lewis Young as a launch pad to take a spectacular mark on the wing and then kicked two second-quarter goals. He could have kicked another after he was taken high but his free kick sailed wide.
The Giants were well served by co-captain Stephen Coniglio (21 disposals, six clearances, two goals), Tim Taranto (30 disposals) and Harry Himmelberg (25).
Greene finished with 3.2 from 15 disposals and riled Carlton players with a late spoiling attempt on a Blues player in the dying stages.
The Giants next take on the Sydney Swans at the SCG on Sunday from 2.10pm in what will also be a thrilling encounter.