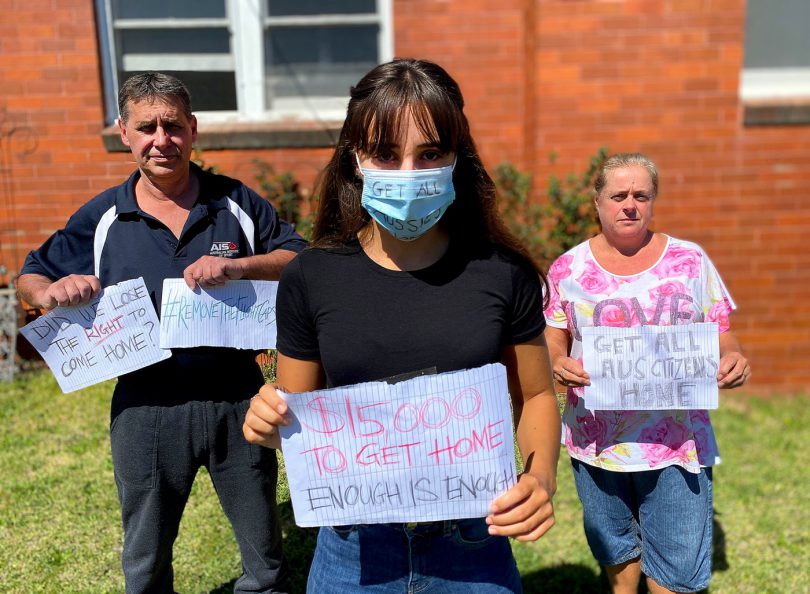 STRANDED overseas for more than six months after countless cancelled flights, Melinda Araujo and her daughter Nadine are finally safe at home in Regents Park.
On Friday, the pair completed two weeks hotel quarantine after getting stuck in Portugal when borders slammed shut at the start of the Covid-19 pandemic in March.
In February, 53-year-old Melinda arrived in Portugal for a month-long stay to visit family with her 19-year-old daughter arriving a week later to compete in an international gymnastics competition, but the trip became a nightmare when they couldn’t get home.
Several flights were cancelled before Melinda’s husband Carlos bought premium business class flights on a different airline which she said cost “more than a new car” but they had begun to fear being stranded overseas into next year.
“It was a big risk because we heard that even some business class tickets had been cancelled,” she said.
“We were lucky, we were able to stay with family but my heart goes out to all those people who were stuck in hotels or even in their cars at border checkpoints.
“The so-called leaders we have in power have no idea as to the suffering and anxiety all these stranded Aussies are facing.”
Their long trip home began with a flight from Lisbon to Munich, then to Doha and finally to Sydney but Melinda says every point was stressful because of uncertainty about travel visas and extremely short transit windows.
“I didn’t feel relief until we touched down into Sydney,” she said.
While grateful to be home at last, Melinda is angry at the Government and says “much more” needs to be done to get people home, including using Air Force planes to repatriate people and reopening quarantine facilities on Christmas Island or in regional centres.