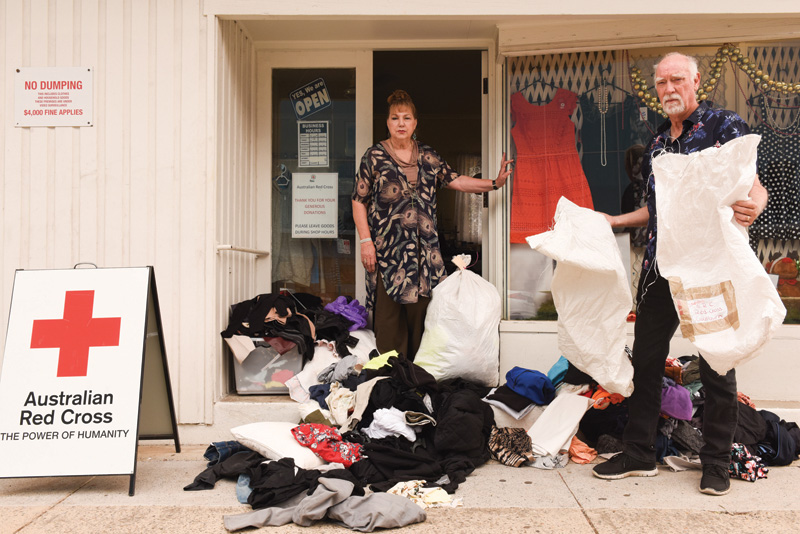 It has become a regular occurrence and volunteers Neil and Shelley Roebuck have had enough.
“It’s always been a problem but now it’s getting worse in the lead up to Christmas as people spring clean their homes of old stuff to make way for the new,” Neil said.
“But we’re getting inundated and most of the dumped items are unuseable.
“The Red Cross is just being used as rubbish tip and it’s not fair; my wife and I have to don our rubber gloves to sort it but not before a lot of local ‘magpies’ have already sifted through it.
“The other morning I arrived to see one of these trying on shirts and trousers and then just leaving them where they fell off his body; it is completely disrespectful to trash your local charity store.”
Mr Roebuck said he was thankful the council was very supportive and helped when they could, coming and picking up dumped items because they’re hazardous for pedestrians walking past.
“We’ve also got a new CCTV camera which is being monitored by Campsie Police who will fine the culprits so we are hoping that works out to be a good deterrent.
“Drop off unwanted, clean, undamaged items for sure but do it during business hours so we can tell you if it is acceptable or not.”