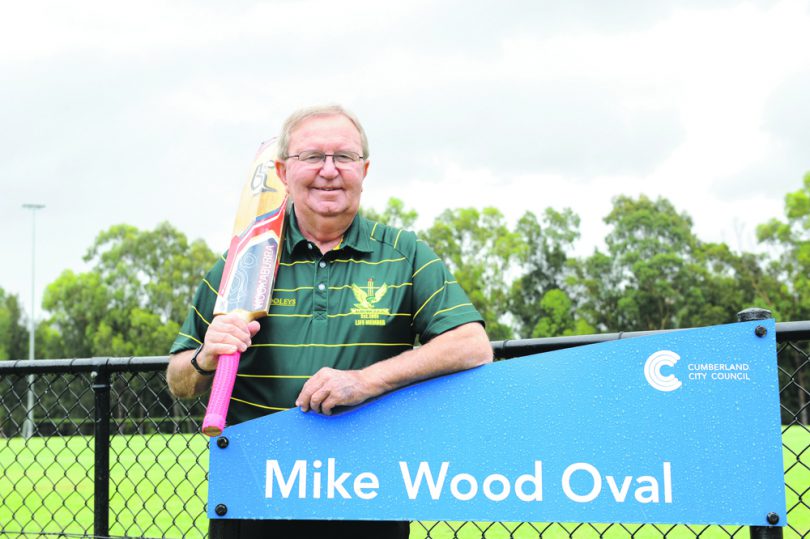 WHEN Oval 3 at Mona Park was named in his honour last year, Auburn District Cricket Club’s long-time secretary and executive officer says he was humbled and honoured but Mike Wood admits he also feels a little embarrassed.

“It feels very strange and I still call it the ‘third oval’,” he said with a laugh.
Growing up in South Granville, he played grade cricket for Parramatta before moving into administration of the game.
He says that while his wife Linda dislikes cricket, it can also be credited with bringing them together after they met 38 years ago while he was on a cricket tour of England and she was working in a pub, adding that her disinterest in the game wasn’t a barrier to them falling in love.
The 67-year-old who had a kidney transplant in the middle of last year and is in a moon boot right now after damaging tendons in his leg, says nothing will stop him being part of the club he loves.
“You can always find an excuse not to do something,” he said.
Dedicated to the sport he loves, he said his three decades as a voluntary administrator for the community sports club began when he was asked to step in “temporarily” for a year in 1990/91 while they searched for someone willing to take on the role permanently but he had few regrets.
“I took it on for a year and it turned into 30,” he said.
“I just love doing it. It’s my passion. It’s just a really good club and it helps keep me going.”