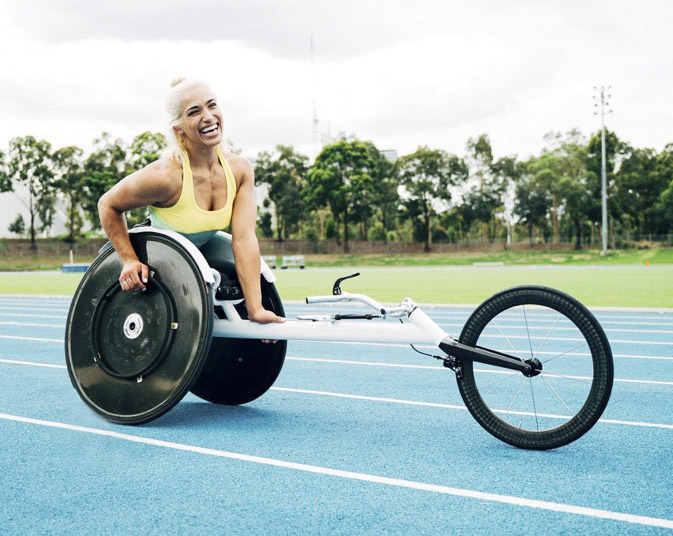 PARALYMPIAN Madison de Rozario has become the first Australian woman, either in the wheelchair or open events, to win the women’s elite wheelchair event at the TCS New York Marathon.

In its milestone 50th year, the event was only possible at the last minute for the Sydney Olympic Park resident, 27, after travel restrictions eased.
“New York is one that I’ve never had amazing results on,” she said following the win.
“But the two years we weren’t travelling, we buried ourselves in base work and strength work, and it’s paid off.”
Holding off past marathon champions, Tatyana McFadden (second) and Manuela Shar (third), Madison crossed the finish line in Central Park, NYC, first in 1:51.01 – nearly three minutes ahead of the competition.
“I didn’t realise how stressful it is to be out in front because you don’t know how close the next athlete is,” she said.
Missing out on events in Chicago and Berlin because of Australia’s quarantine requirements, the expectations hadn’t been high for her ‘hilly’ climbs of the New York marathon.
But for her first international competition since the Tokyo 2020 where she won gold in the marathon, the champion was in awe of her own performance,
“Tatyana is the best climber in the world, and then Manuela is a lot better at down hills than me,” she said.
“I knew I needed to get down those hills before Manuela, so I put a lot of focus on that.
“It was way earlier than when I wanted to break away but once there was a gap, I did everything I could to hold it.”