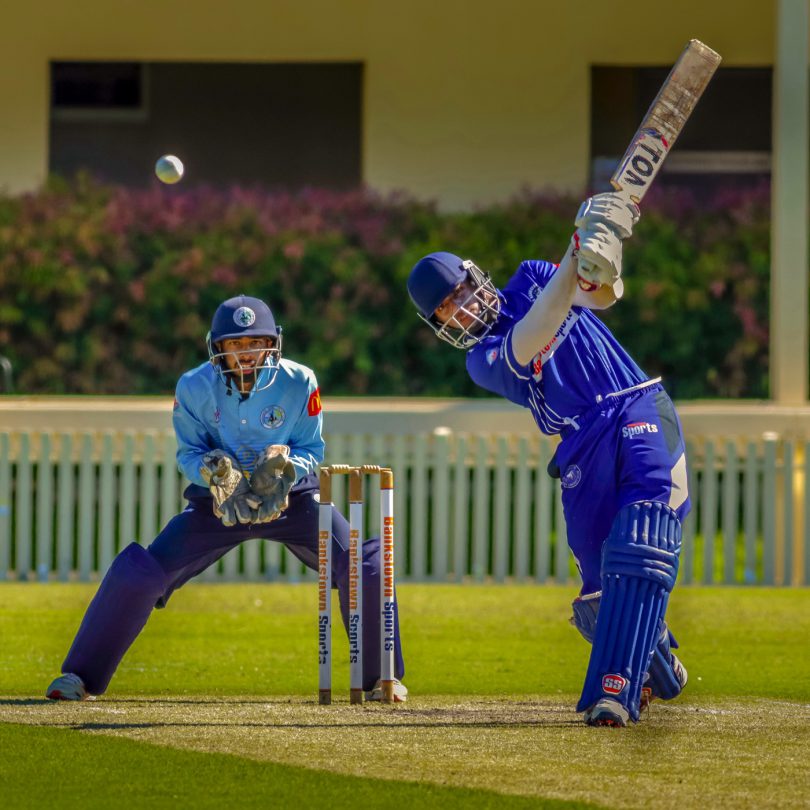 BANKSTOWN started the New Year with a bang winning the final of the Kingsgrove Sports T20 Competition at Memorial Oval on Sunday and scoring a narrow victory over Parramatta at Old Kings in a one-day match on Saturday.

In the Thunder Conference of the Kingsgrove Sports Twenty20 Cup competition, the Bankstown Sports Bulldogs devastated Parramatta at Bankstown Memorial Oval.
The visitors batted first and were in all sorts of trouble from the outset.
Allrounder Ben Le Bas was the destroyer with a magnificent 4-21 which set the Doggies on the path to victory.
Fellow left arm spinner Ben Taylor was again among the wickets and had little trouble beating the bat to claim 3-18, while ever young Aaron Bird showed his potency with 2-13.
With Daniel Solway scoring a typically stylish 40 and Zeeshaan Ahmed smashing a lightning 53 off just 29 deliveries, the Bulldogs cruised to a stunning win passing the Parramatta total in the 16th over. The Bulldogs will now play winners of the Sixers Conference, University of NSW, on Australia Day for the chance to be crowned NSW T20 Champions for 2020/21.
In the Belvidere Cup Limited Overs match on Saturday, the Bulldogs had a slow start, losing 2-14 against a lively Parra pace attack.
The Bulldogs soon recovered with prolific NSW run getter Daniel Solway and stellar performer Jake Cormack leading the way. Solway was at his stylish best with a majestic 95 which got the Bulldogs barking; his defiant knock wresting the initiative from the home side and helped Bankstown compile 5-278 after the 50 overs. Cormack has been in stunning form all season and is proving a nightmare for opposing bowlers. His 102 was a magnificent crowd pleaser with 3 savage sixes the highlight. Ironically his first innings this season was a duck. After that temporary hiccup, he has hammered bowlers all over Sydney.
Mitch Brown chimed in with a very handy cameo plundering 41 in an exhilarating 99 minutes at the crease. In reply, Parramatta started poorly with 2-9 but akin to the Bulldogs, fought back strongly.
Brad Simpson with his lively pace and hostile Liam Marshall struck the first blows for Bankstown. They continued to stun the Parra batting which set up a Doggies victory in a very close game. Parramatta ended 8-265 giving the Bulldogs a 13-run win.
Next week in another 50 over game, Bankstown are back home against Northern District and the game will start at 10am.