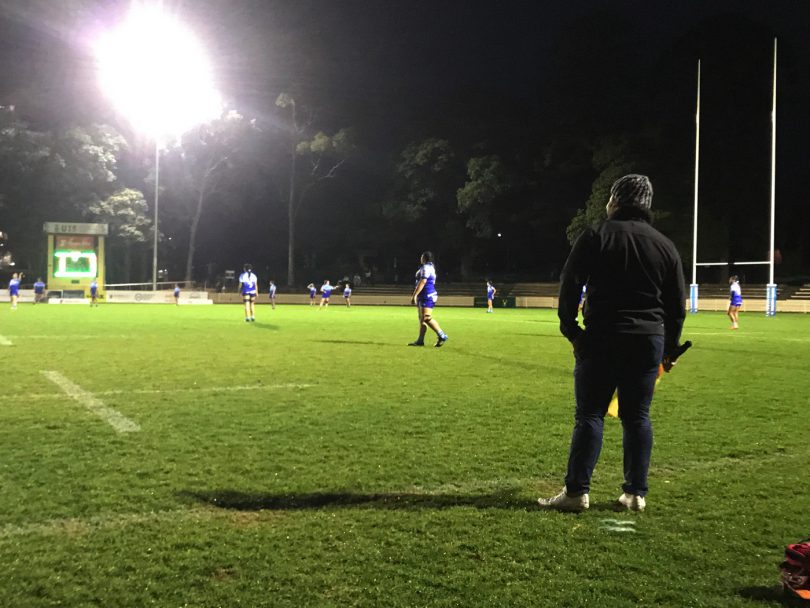 TATAFU Polota-Nau is back at the Western Sydney Two Blues Rugby Club which helped kick off his successful national and international sporting career.

Happy to welcome home the well-respected player, Two Blues general manager Craig Morgan admits there are probably plenty of coaches keen to have the former NSW Waratahs and Australian Wallabies hooker in their side.
However he said for the moment, Polota-Nau is happy to be taking to the field with the Club’s 4th Grade team and “simply enjoying his rugby right now” and immersing himself back into the club game.
“Taf has shown the way for club culture and leadership when after playing the first game of the day at 10.40am on Saturday, he put his hand up to be a line judge for the women’s team at 4.50pm later that day,” Morgan said.
“He also made the day of a couple of young Gordon Rugby Ball Boys along the way who got to spend time with Taf on the sideline.”
After playing three seasons for English team Leicester, Polota-Nau left the side ahead of the 2020-21 season due to the coronavirus pandemic.
He debuted for the Wallabies in 2005 and finished with an impressive tally of 90 tests before retiring from the international game at the end of last year.