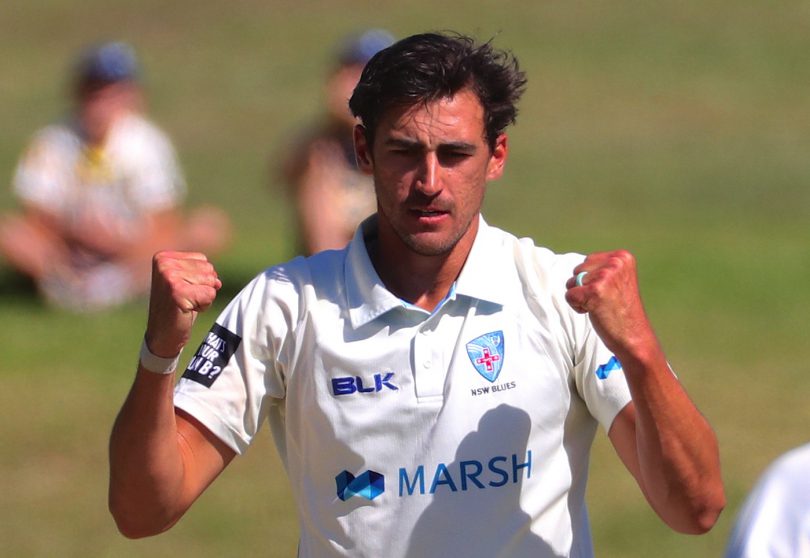 FORMER Auburn junior cricketer Mitchell Starc (pictured) has been named in the 17-man NSW Blues squad as they prepare to defend their title.

The Marsh Sheffield Shield champions will begin their campaign against Victoria on Thursday, October 22, in Adelaide. Due to the challenges posed by the coronavirus pandemic, all six states begin the tournament in South Australia.
Blues head coach Phil Jaques said the willingness to get better throughout the squad, was the most impressive part of a pre-season that was like no other.
“At times when you win a Shield, there can be a little bit of complacency within the camp, I’ve seen it in teams I’ve played in, but I certainly haven’t seen it at all through this whole off-season,” Jaques said.
“There continues to be a real hunger to keep improving and take our cricket to the next level.”