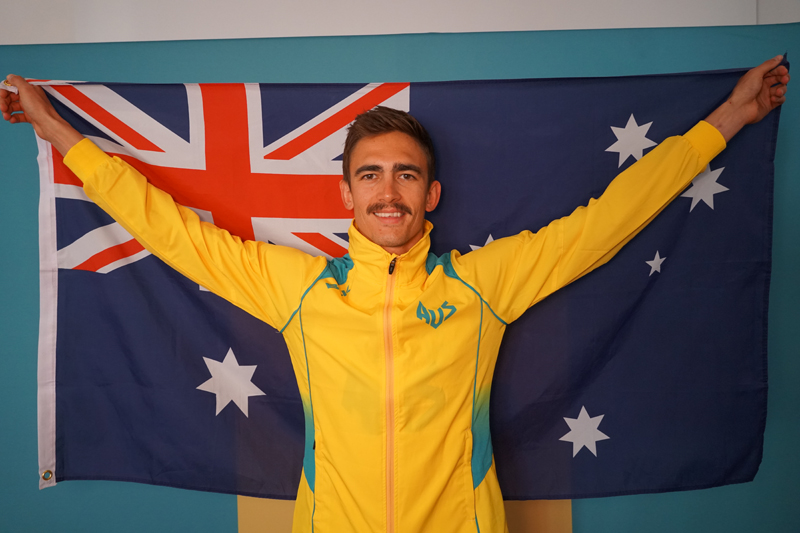 PLACING sixth in the men’s high jump at the World Athletics Championships at Doha wasn’t exactly the season end Brandon Starc had wanted.

Australia’s Commonwealth Games gold medallist had been hoping for a medal after qualifying for the final comfortably, recording only one miss alongside four successful clearances.
However in the finals he got off to a patchy start after easily clearing 2.19m but missing jumps at two lower heights of 2.24m and 2.27m before his only clean clearance at 2.30m, his equal season best.
Missing out at 2.33m, his second jump came close to success but unfortunately he just clipped the bar.
While putting in a career-best campaign in 2018, which included Commonwealth gold and the Diamond League crown, Starc has done it tougher this year after being diagnosed with a bulging disc in his back in February.
His form and fitness have improved the longer the season has progressed, and he headed into the Doha event ranked number four in the world, saying his medical team had done “a wonderful job” keeping him in one piece.
Although he had set his sights on a podium place at Doha, he said he was proud to finish sixth in the world “after a not so ideal season’, and was now looking forward to getting married and preparing for next year’s Olympics.
“Thank you everyone for the continued support, keen to get healthy and go big in Tokyo,” he said.