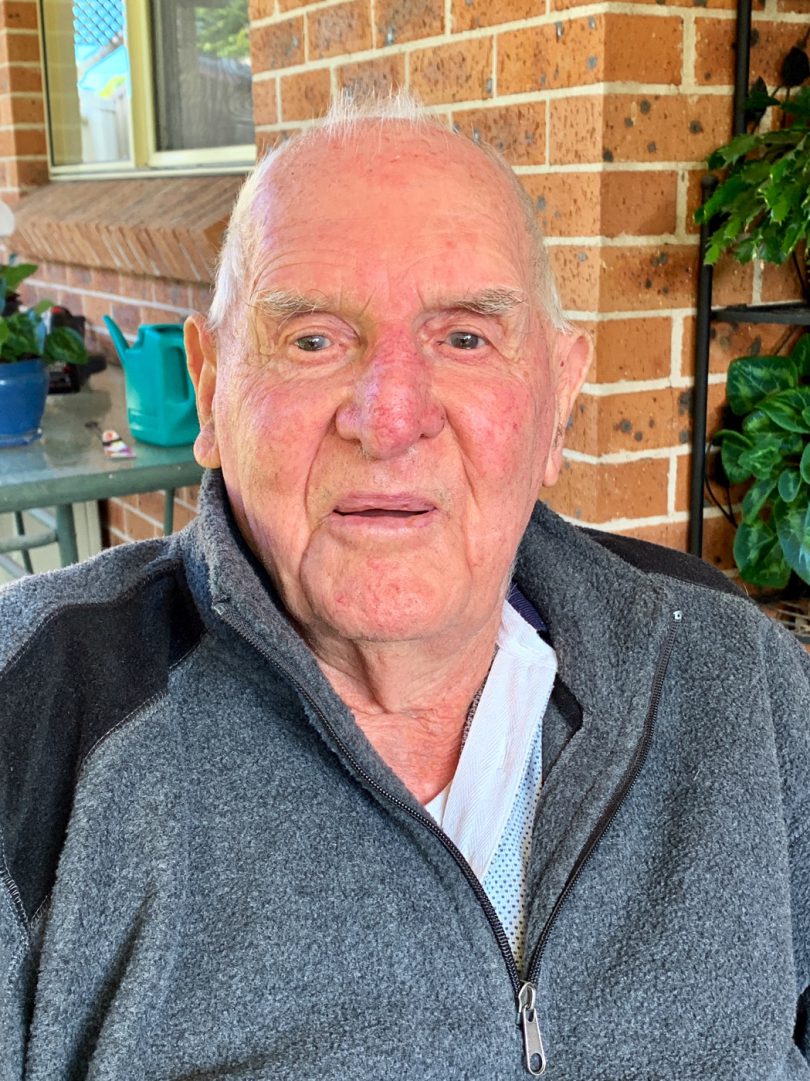 THE greatest player to come out of Granville & Districts Soccer Football Association, Alan Garside, 93, once scored a still unheard of 58 goals in 24 games in 1953.

He was a champion goal scorer as a Granville Kewpie junior and remained that way his entire career including as a star Socceroo.
He was quickly recruited to the Granville Magpies and also played with his brother Frank Jr, another great player.
Garside Park, the former home ground of the Magpies, is named in honour of his father, Frank Sr.
Garside was also the popular local milkman in the Granville/South Granville area as his family owned a South Granville dairy.
Granville Waratahs president Noel Dona recalls delivering milk to his family home in the 1970s.
“I couldn’t believe it when I found out the milkman was one of my greatest heroes,” Dona said.
Saying he still gets his two tickets a season to Sydney FC games, Garside is disappointed with the costs associated for those rising through the ranks today.
“It used to cost me threepence to play with the U14 Kewpies, that just covered the cost of the oranges at halftime, but I’ve got friends with a boy who’s mad keen on soccer and it costs them $1,600 in coaching fees alone,” Mr Garside said.
“Like with a lot of sports, it’s sad to think that the ones making it through might not be the ones with the most talent but rather, the most money.”