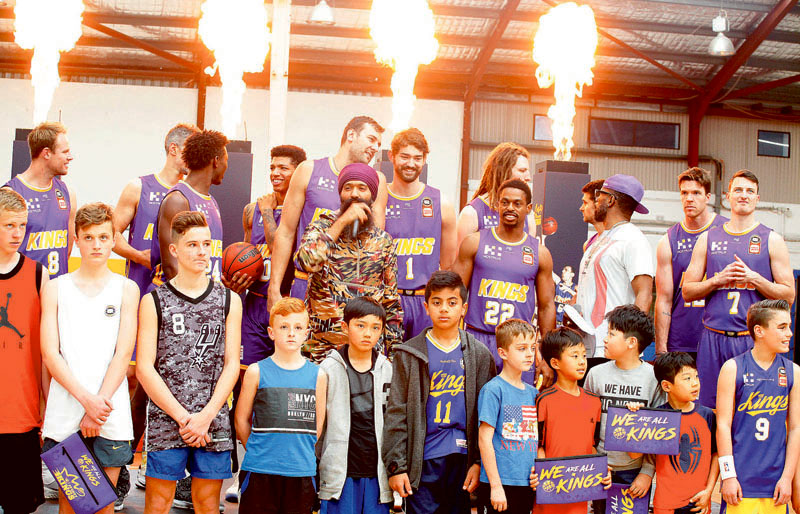 HIP Hop artist L-Fresh The Lion (pictured) joined Sydney Kings players and fans at the Auburn Basketball Centre in Lidcombe ahead of the start of the new NBL season over the weekend.

Working alongside producers Zig Parker and Solo, L-Fresh helped write the song, We The Kings which will feature in the club’s 2019-20 marketing campaign.
“It was a dream to write this song and work with the Sydney Kings,” L-Fresh said.
“Two of my favourite things – basketball and music coming together to make something special for the people of Sydney and for hoops fans.”
Sydney Kings Chairman Paul Smith said the song was a perfect fit.
“L has a genuine passion for basketball and Sydney’s West which means we have a found a person who understands our goals and wants to work with us to achieve success,” he said.

With new head coach Will Weaver at the helm, the Kings closed out last month’s pre-season competition with a strong 106-96 win against the Illawarra Hawks without star player Andrew Bogut.
It was the team’s third straight pre-season victory, with Didi Louzada proving instrumental and finishing the game with 24 points, including three triples.

Brad Newley was outstanding off the bench for his 17 points and five rebounds, while Casper Ware scored 14 points, Jae’Sean Tate finished with a solid 10 points and six rebounds, and Shaun Bruce, Kevin Lisch and Craig Moller also each finished on 10 points for the victors.
Fresh from Friday’s first game of the season in Cairns against the Taipans, the Kings have returned home to take on the Adelaide 36ers in Qudos Bank Arena at Sydney Olympic Park on Saturday, October 12.
For details and bookings, call Ticketek, 132 849 or ticketek.com.au.