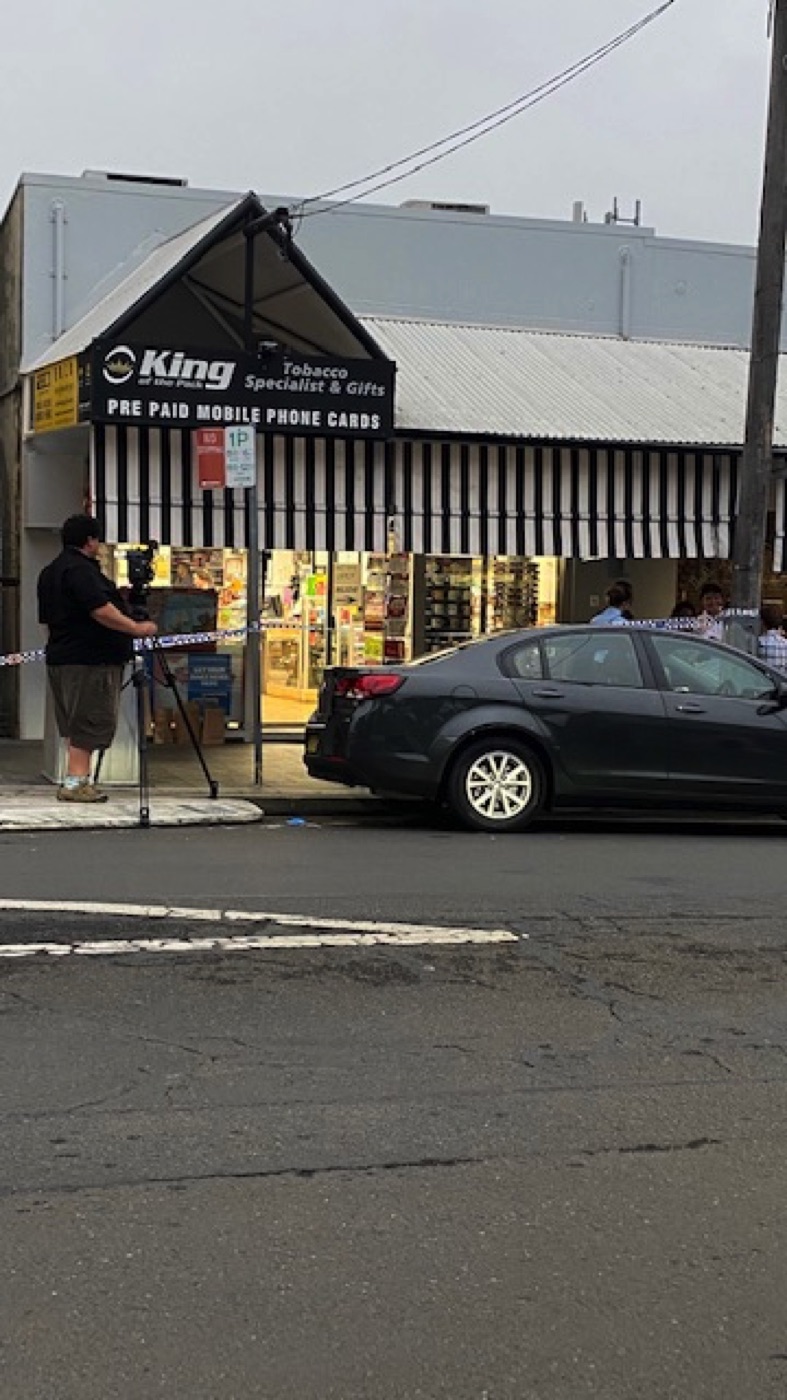 STAFF and customers have foiled an alleged attempted armed robbery at a tobacco shop in Condell Park.

Just before 5.40pm last Wednesday, police were called to the shop on Simmat Avenue following reports of an armed robbery.
It is alleged a teenager armed with a knife entered the store, before threatening two staff members and demanding cash.
The employees and a customer ran outside, while holding the door to the shop closed until police arrived and found a 16-year-old boy inside.
A knife was also allegedly seized at the scene.

Brawler bites off finger tip
A MAN was allegedly threatened with an axe and another had part of his finger bitten off during an altercation in Campsie on Sunday evening.
About 5.20pm on Sunday, a 52-year-old man left his place of business on Beamish Street and walked to his vehicle that was parked outside.
As the man opened his car door, a cyclist was riding past and narrowly missed a collision.
A verbal argument commenced before the cyclist stopped and the situation escalated to a physical altercation.
Police will allege the cyclist left the area only to return a short time later armed with two large axes that he took from his duffle bag.
He allegedly threatened the man with the axes before leaving the scene and walking towards a shopping complex on Claremont Street where he placed the weapons back in his bag.
The man, and two of his relatives, followed the cyclist to the supermarket carpark where he was tackled to the ground. A scuffle ensued between the pair resulting in the tip of the man’s finger allegedly being bitten off.
The cyclist ran from the area before being arrested in Evaline Street, Campsie.
He was charged with cause grievous bodily harm with intent, affray, armed with intent to commit indictable offence, common assault and drug possession.
The injured man was treated at Bankstown Hospital where he had surgery to his middle finger.

Murder intent over shots
A LAKEMBA man allegedly found hiding in a laundry at a home unit at Marrickville last Thursday, had been charged over a shooting at Lakemba where another man was assaulted and shot five times.
He was charged with shoot at with intent to murder and assault occasioning actual bodily harm.
Just after 8.15pm on Monday, August 31, emergency services were called to a home at Garrong Road, Lakemba, where they found a 29-year-old man suffering five gunshot wounds to his leg and abdomen.
The man was treated by paramedics at the scene before being taken to hospital, where he underwent surgery and was later released.
Two men, aged 23 and 24, were arrested and charged over their alleged roles and remain before the courts.
A 26-year-old woman also arrested at the home was charged with possessing an unauthorised pistol and possessing a prohibited drug.

Sea of blue swells by 16
SIXTEEN new police officers will hit the beat across Canterbury Bankstown after 192 new probationary constables graduated from the NSW Police Academy.
Nine officers will join the Bankstown local area command and seven will take up roles at Campsie.
The 130 men and 62 women of Class 343, will undertake 12 months of ‘on-the-job’ training and will also complete the Associate Degree in Policing Practice with Charles Sturt University before being confirmed to the rank of constable.
Minister for Police and Emergency Services, David Elliott, joined Police Commissioner Michael Fuller to welcome the new recruits to the Force.
“I congratulate each of our newly attested police officers as they commence active duty at police stations across the state,” Mr Elliott said.
“During the floods, fires and now the Covid-19 pandemic, frontline police officers have taken on an unprecedented role in protecting the community.”