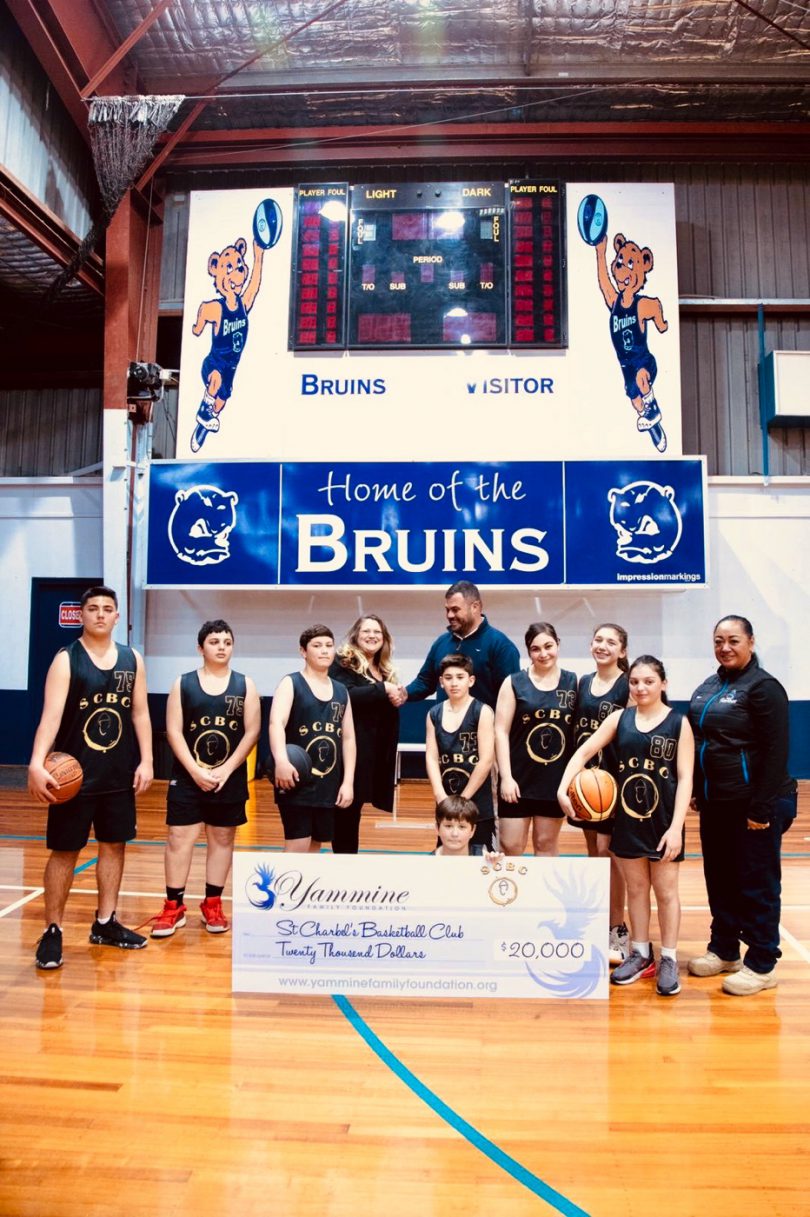 EIGHTEEN young basketball teams will be the first to play in the Bankstown Basketball Association summer competition under a new St Charbel’s Basketball Club banner.

Thanks to a $20,000 club start-up boost from the Yammine Family Foundation to help get the club established, they are now preparing for tip-off on October 16.
Founded in May 2020, the not-for-profit foundation was established by businessman Norman Yammine who, after many years of giving to community-based charities and groups, wanted to create a platform which would ensure his philanthropic work lived on.
“At the foundation, we aspire to create a paradigm shift when it comes to making a difference, giving individuals the confidence and skills needed to take charge of their own lives,” Mr Yammine said.
St Charbel’s Basketball Club’s Founding President Kylie Alam – who has three boys that play while her husband coaches – said the sponsorship funding came along at the right time.
“There was a real want and need to keep our youth moving forward, busy and active as well as to create a sense of belonging for them,” Mrs Alam said.
“We also have great volunteer coaches from youth groups who not only train the players but also mentor them.
“We are on the lookout for more players, girls and boys, for the under 12s up to under 18s. We’re not sure if it will be an 18-week season or not depending on restrictions then but our aim is to keep it as financially easy as possible as some families have more than one child.
“With the sponsorship, we will provide uniforms and skills development camps in the holidays as well as talks from professionals and support for the coaches.
“I also want to get the players involved in charity work to develop the attitude of giving back; it might be making sandwiches to feed the homeless or some other volunteer role.”
To register your child in a team, email stcharbelbc@gmail.com.