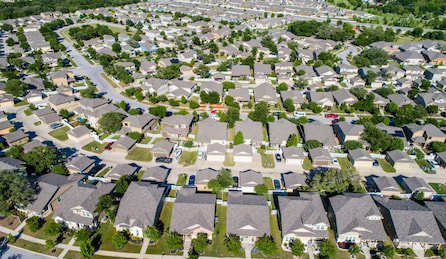 THE question of how many homes and units are too many, has divided Cumberland Councillors but for once the split wasn’t along party lines.

Labor’s George Campbell and Kun Huang, Our Local Community’s Steve Christou and Paul Garrard, and independent Greg Cummings voted against adopting the Cumberland Local Housing Strategy, which went on public exhibition earlier in the year with a long-term housing target of 28,000 extra dwellings over 20 years.
While acknowledging that there was “some quite good stuff in the report”, Cr Campbell described the long-term housing target as “excessive”.
“And most of that is to be funnelled into just a few places, Merrylands, Auburn, Lidcombe and Wentworthville,” he said.
He said people were already very annoyed about overdevelopment, particularly in Auburn and Lidcombe, and didn’t want to see any more, adding that if the dwellings were spread over the entire LGA, he might take a different view.
Also voicing his concerns, Cr Garrard said he wanted to know where schools and hospitals would be built and where open spaces would be located.
“Those are the bare minimums which one might desire to want to know before we go forward to create a strategy of 28,000 extra units,” he said.
However nine councillors supported the Strategy’s adoption, including Cr Michael Zaiter, who said that if projected population growth continued, the need for more homes would also grow.
Cr Lisa Lake also voted in favour of the Strategy after confirming with Cumberland’s director environment and planning, Daniel Cavallo, that it would undergo annual reviews.
In the short term, Cumberland is already on target to provide 9,350 dwellings between 2016-2021, with a further 7,000-7,200 between 2021-2026.