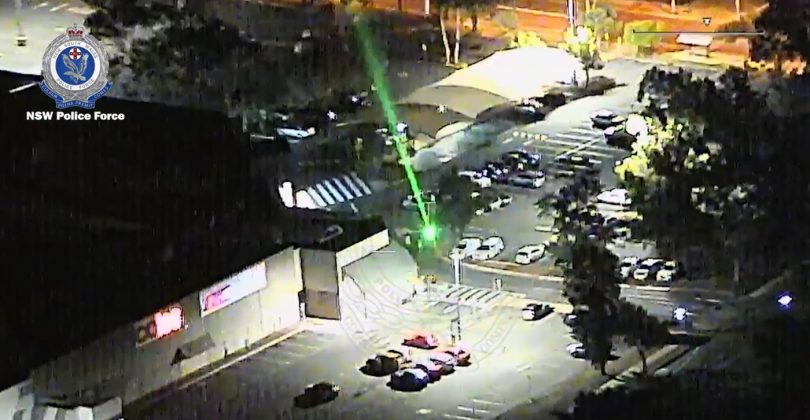 THE Police Aviation Command is warning about the dangers of aiming laser pointers at aircraft after a spike in recent incidents, one involving an officer whose vision was allegedly temporarily impaired.

The Command has recorded about a dozen incidents of laser pointers being aimed at their aircraft and other aircraft flying around Sydney in recent weeks.
Aviation Commander, Detective Superintendent Brad Monk, says police want to remind the community of how dangerous laser pointer strikes on aircraft can be.
“At no distance and in no circumstance is it safe to point a laser at aircraft,” he said.
“The laser beams can impair the eyesight of those on board and endanger the lives of the crew and the public.
“We also want to encourage more reporting of laser strikes on aircraft as not all incidents are reported to police.”
It is an offence to aim a laser pointer at any aircraft or use one in a public place without a reasonable excuse.
Laser pointers with a power level greater than one milliwatt, are classified as a prohibited weapon and require a permit through the Firearms Registry, if needed for work or astronomy.
“If you’re caught breaking the law, we will find you and you’ll be prosecuted,” Det Supt Monk said.
“Remember, we have a birds-eye-view from the air and can easily identify where a laser beam is coming from.”
Late last month, PolAir8 was patrolling the Pendle Hill area when a laser pointer was allegedly directed at it on three separate occasions from a backyard in Toongabbie.
A 45-year-old man was charged with do, act with intent to prejudice safety of aircraft.