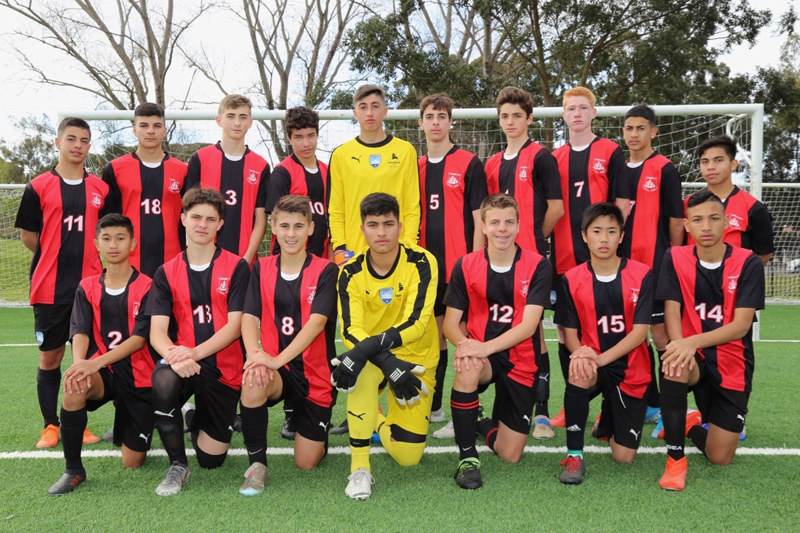 FORMER Earlwood Wanderers football junior, John Fotopoulos, who is an attacking midfielder, has had a magnificent two weeks.

He helped his school, Endeavour Sports High, reach the annual national Bill Turner Cup Grand Final for U15s in Lake Macquarie and was also a key player in his other team’s Grand Final win for his NSW NPL 1 Youth U15s, Sutherland Sharks FC.
John set up the first goal from a set piece which helped his team take a 1-0 lead just after half time, with an eventual hard-fought victory of 2-1 over former National Soccer League stalwart, Fairfield-based Marconi Stallions FC, at Valentine Sports Park.

In the previous NPL 1 Youth U15 Semi-Final match, John scored the solitary goal in extra time against Sydney FC, beating them 1-0 to reach the Grand Final against cross town rivals Marconi Stallions FC
John’s contribution in both matches was a positive end to a hectic schedule for the Year 9 student, who travelled the state with his Endeavour Sports High football team, which he helped reach the 500 school strong Bill Turner Cup Semi-Finals and Grand Final against Queensland’s Ipswich Grammar in Newcastle’s Speers Point.

“The last two weeks have been amazing,” John said.
“I was fortunate enough to receive a Grand Final Championship medal in the competitive NPL 1 Youth competition and a second Grand Final Runners Up medal with my school.
“It has been a great journey this year and I look forward to keeping achieving in my sport in 2020.”