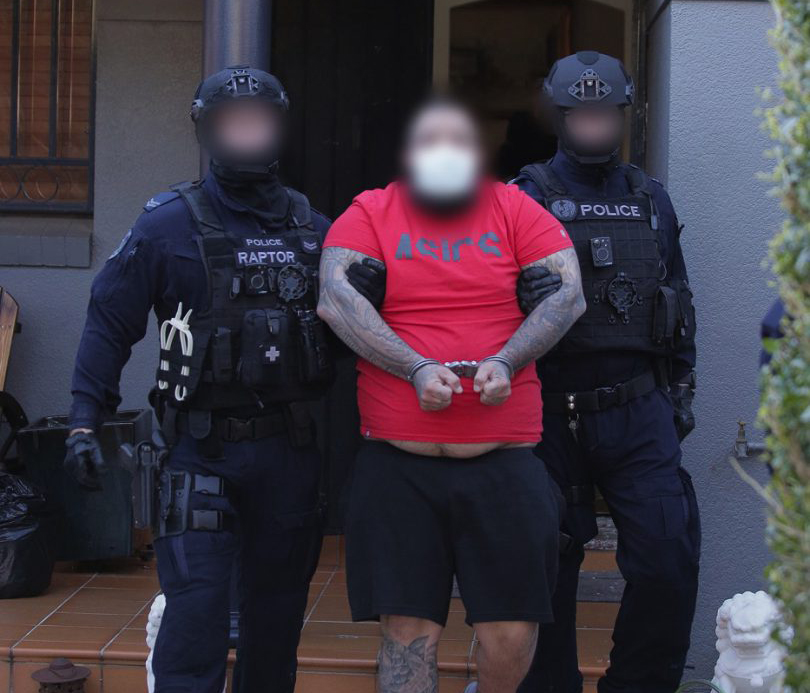 A FATHER and son from Canterbury have been charged after police allegedly found nine stolen high performance vehicles used in violent crimes.

Police raided the home of Simon Khalil, 53, and his son Brendan, 24, last Wednesday and allegedly seized cash, numerous vehicle keys, a police strobe light and documentation, as part of their investigation into the activities of alleged organised crime syndicates operating across Sydney.
It’s alleged the pair were involved in obtaining the nine stolen vehicles which were hired out to organised crime syndicates to use in violent crime.
Seven of the vehicles, prohibited drugs and registration plates were allegedly found at a property in Maraylya, and two vehicles on tow trucks on Friday, July 30.
The pair have been charged with knowingly facilitate organised car rebirthing activity; participate criminal group contribute criminal activity; receive motor vehicle part-theft serious indictable offence more than $5,000 (x9); and goods suspected stolen given other not entitled (motor vehicle) (x9). Three others have also been charged.
Criminal Groups Squad Commander, Detective Superintendent Grant Taylor, said detectives had identified several lines of inquiry and potential links between the stolen vehicles and organised criminal activity.
“Initial inquiries indicate that most, if not all of these nine vehicles, have been used in organised criminal activity across Greater Sydney,” he said.
“Police are interested in speaking with anyone who has noticed high-end vehicles coming and going from locations in their local area.
“We know there are many in the community who are affected by Covid-19 and spending more time at home. It is possible that your observations may be of great assistance to police.
“Sydney and its surrounding suburbs have recently been plagued with violent criminal activity that is now firmly under the microscope of police.”