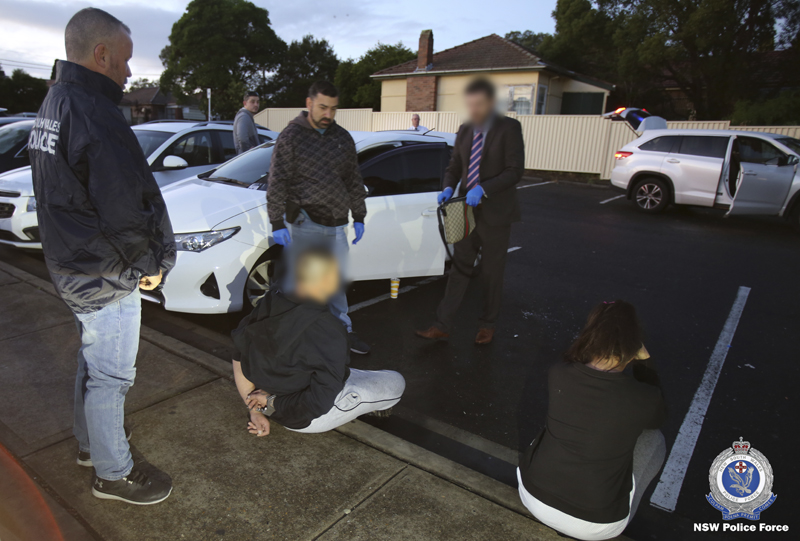 In February 2019, detectives began investigating an ongoing large-scale drug supply network operating from Wellington, with early inquiries allegedly revealing the syndicate was sourcing prohibited drugs – mainly methylamphetamine (ice), but also MDMA and heroin – from Sydney, and distributing them to regional towns across NSW.
Subsequently, in January 2020, detectives attached to State Crime Command’s Drug and Firearms Squad, established Strike Force Laverick to investigate the syndicate’s links in Sydney.
Earlier inquiries resulted in 15 people being charged, a number of whom remain before the courts.

Prior to last week’s search warrants, inquiries have also resulted in the alleged seizure of approximately 14kg of methylamphetamine with an estimated street value of $10.5 million, 2.4kg of heroin, 80 litres of GHB, 5.4kg of cannabis leaf, 550g of cocaine, 74 MDMA pills, 21 firearms and more than $215,000 in cash.
Early last Wednesday morning, police raided properties in Bankstown, Bass Hill, Condell Park and two in Yagoona, where they arrested and charged six men aged 53, 42, 39, 24 and two men aged 23, and 10 properties in the State’s Central West were also searched.
Investigators allegedly located ice, cannabis, cash, items and substances consistent with drug manufacture, a firearm and seven vehicles, including a taxi and a truck.
Police will be alleging individuals in Wellington had supply links in Sydney, and distributed to the far corners of NSW, reaching towns such as Bourke, Coonamble and Walgett, in the State’s Central North, and various remote Indigenous communities too.
“These communities have had to put up with the serious crime that comes with this drug for long enough, and I thank them for their patience while we gathered the evidence we needed to,” he said.
“Our investigation has now completely smashed this syndicate, netting not just low level distributors, but the ‘kingpins’ at the top.
“This is more than just your average drug bust.”