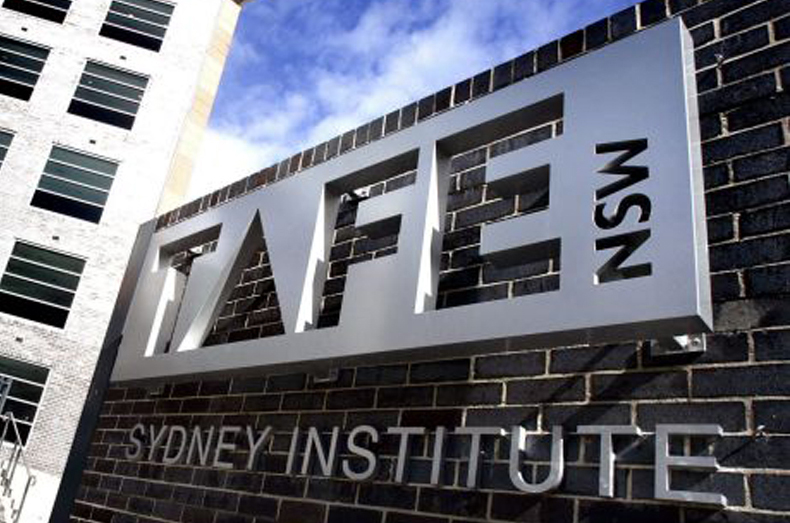 THE safety of students and staff at Granville TAFE would be put at risk with the State Government “cutting campus security jobs”, says the Community and Public Sector Union NSW.

TAFE NSW workers were joined by Shadow Minister for TAFE NSW, Jihad Dib and State MP for Granville, Julia Finn, at a rally outside the Granville campus to voice their concerns about plans to use outsourced security providers.
The union’s assistant secretary, Troy Wright, said he was encouraged by the strong turnout at the rally, which included students, staff and the community.
He said Granville was the largest in the state but fears that it would be less safe for students and staff with outsourcing of security jobs.
“Rather than see people employed directly by TAFE NSW, the Berejiklian Government is cutting campus security jobs – forcing people into insecure work with outsourced security providers,” he said.
“TAFE NSW is the best pathway to get people out of the house and ready for work. Instead of investing in it, the Berejiklian Government is cutting jobs, selling campuses and pushing students online,” he said.
Ms Finn studied at TAFE at night many years ago and said “for a young woman, the security staff were so important for our safety. That hasn’t changed”.
“The security staff have been there for decades and assist with a whole range of safety issues,” she said.
A TAFE NSW spokesperson says it takes the safety and security of its employees and students seriously.
“Security personnel will continue to be located at TAFE NSW campuses across the state,” he said.
“Any changes will ensure that we have adequate security in place with the ability to flex security resources up and down based on when and where they are needed.”