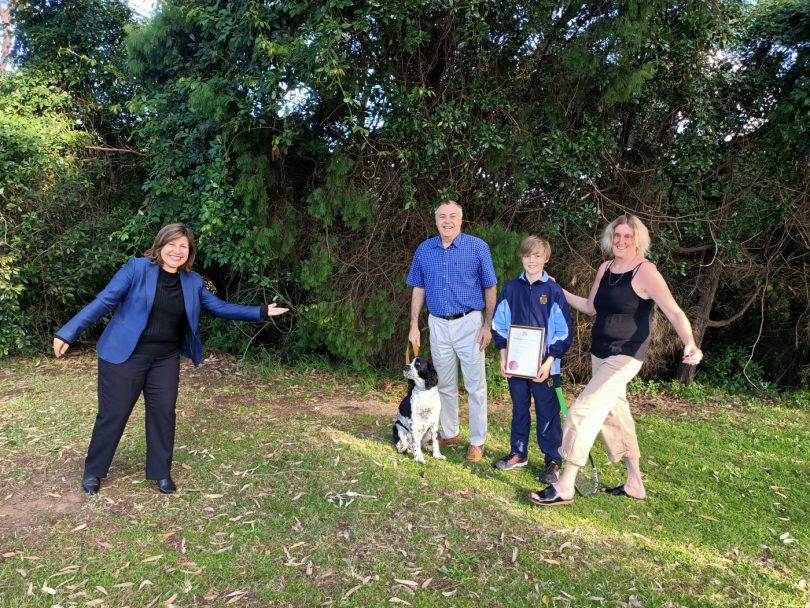 EARLWOOD’S Lucas Martin has been presented with a Premier’s Special Award for winning the 2019 School Sport Australia 12 Years & Under ‘Bruce Cup’ Tennis Championship.
A prestigious national schools tennis championship, the Bruce Cup has continued since 1938 with seven best male and female players in each State selected to compete in singles, doubles and mixed doubles in November each year.
The Bruce Cup is one of many wins for 12-year-old Lucas.

Since the beginning of 2020, before Covid-19 forced tournaments to temporarily shut, Lucas won a number of championships, including the 12 and under Boys Singles at 2020 Victorian Country Championship, and 12 and under boys Doubles at 2020 Hobart Junior Championships and at 2020 Tweed Heads Summer JT.
These achievements are impressively reflected by his NSW and National rankings: Top 5 in NSW U12s ranking; Top 15 in National U12s ranking; and Top 740 in Australian Men’s ranking.
After presenting Lucas with his award, Canterbury MP Sophie Cotsis said: “Lucas has an incredible future.
“At just 12, Lucas is on track to have his name etched in history as a great Australian tennis player.
“It is always great to see young people achieving amazing success. No doubt we will see Lucas at the Aussie Open very soon. Our community is very proud of him.”