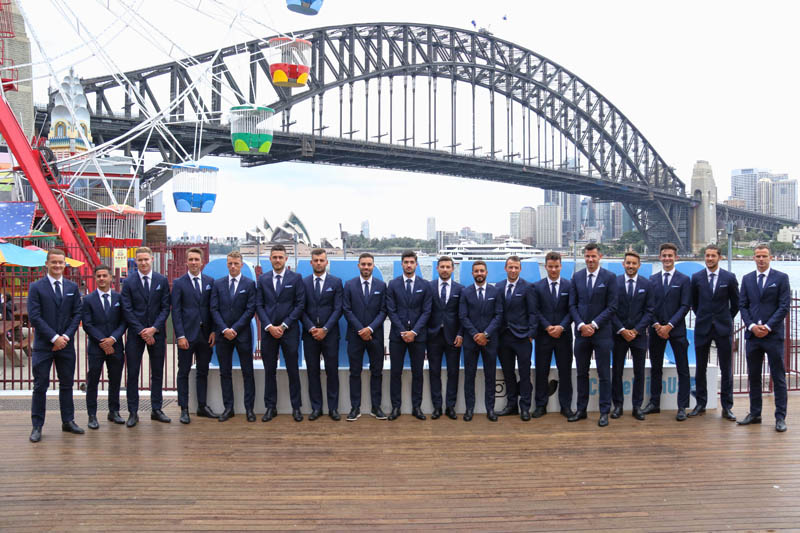 SYDNEY FC won their fourth Hyundai A-League Championship last season – and the club has its sights set on making it a record-breaking five in 2019/20.

They begin their Hyundai A-League Championship defence away to Adelaide United on Friday night.
The Sky Blues also travelled to the Reds in last campaign’s season-opener, which finished in a 1-1 draw after Adam Le Fondre cancelled out Scott Galloway’s strike.
New boys Kosta Barbarouses and Alexander Baumjohann could receive highly-anticipated league debuts for Steve Corica’s Sydney, who are undefeated in their last nine matches against Adelaide.

Adelaide could line up with James Troisi after the former Melbourne Victory star signed on last week as Gertjan Verbeek seeks to open his first league match at Coopers Stadium with a victory over the Champions.
Sydney FC are undefeated in their last nine A-League games against Adelaide United, keeping seven clean sheets and conceding just two goals in that span.
Western Sydney Wanderers return home and welcome Central Coast Mariners in the first Hyundai A-League match at Bankwest Stadium on Saturday.

The Red and Black will be intent on making Parramatta a fortress again this season if Markus Babbel’s side are to mount a title charge, and getting three points over the Mariners would be the dream start.
FFA Cup 2019 Semi Finalists Central Coast have resembled a side on the up under Alen Stajcic during pre-season but one win from their previous 24 away Hyundai A-League matches, spells the size of the rebuilding task in Gosford.
Western Sydney Wanderers have only ever opened an A-League campaign with a win once, pipping Perth Glory 2-1 in Round 1 of 2017/18.
The Hyundai A-League Grand Final will be held on the weekend of May 16/17.