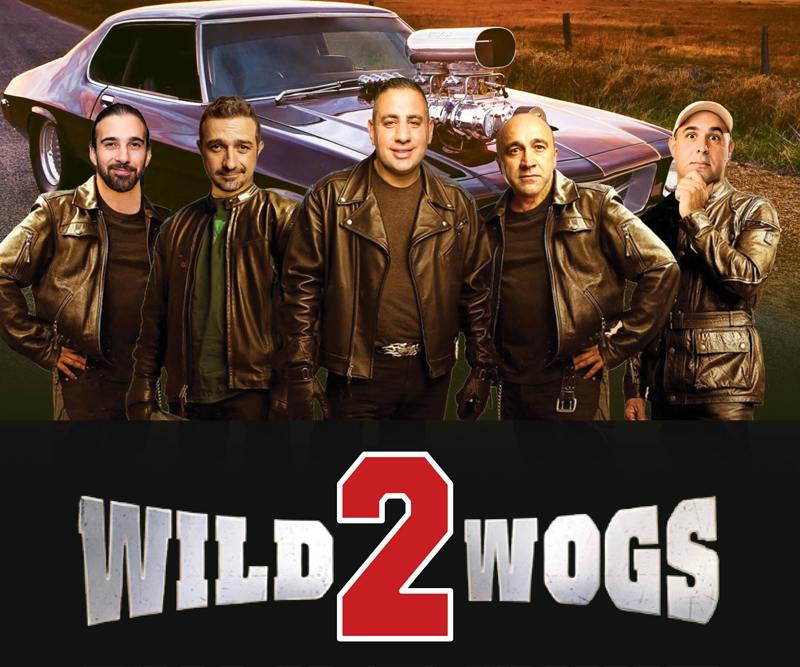 Kapiniaris is one of this country’s best loved comedy, music, theatre, film and TV stars and has had an incredible impact on popular culture over the last 34 years.
His big claim to fame was starring in the role of Memo in the hugely popular TV series Acropolis Now which he co-wrote and co-created.
He has also featured in many TV and theatre shows including Wogs Out of Work, Fat Pizza, Acropolis Now, Housos, Street Smart, Chitty Chitty Bang Band and many more.
Rossi returns to the Wild Wogs with new songs and stand-up which is sure to keep you on edge! Better find a safe space!
Shehadie, one of the creators of ‘Here Come The Habibs’ and star of ‘Fat Pizza’, comes from a Lebanese background and his quirky comedy will leave you in stitches.
New addition Anthony Locascio, who is a fresh comic on the scene, has both an Italian and Greek background, while Joe Comino who is from a Maltese background, brings his unique take on life as a wog.
A laugh out loud from start to finish, Wild Wogs 2 is a show that will make your cheeks hurt and your sides split from all the giggling.
Book early to avoid missing out on this smash hit show.
It’s on at Bankstown Sports Club’s The Theatre this Saturday, September 7, from 8pm; tickets, $49.50, from bankstownsports.com.