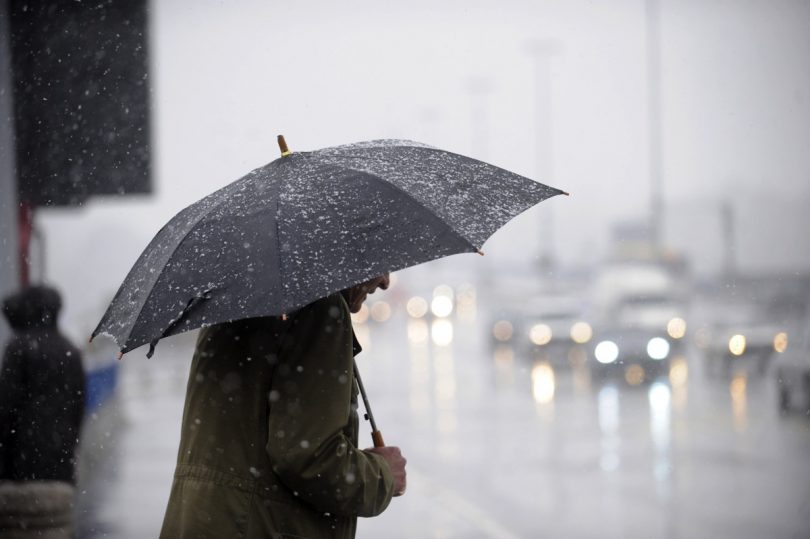 HEAVY rains are expected in Sydney with the Bureau of Meteorology forecasting increased showers for eastern parts of NSW between Port Stephens and Batemans Bay, from today.

The Bureau has issued a Severe Weather Warning for heavy rainfall for Sydney metropolitan, Illawarra and Central Tablelands districts.
Widespread persistent heavy rain is likely to develop along the central NSW coast on Saturday and continue next week as a coastal trough develops and then deepens along the coast.
The timing, amount and location of wind, rainfall and riverine flooding impacts will be driven by the evolution of this weather system, with a degree of uncertainty remaining. There is a potential for an East Coast Low to form within the trough early on Monday and prolong the rainfall for several days.
With catchments already saturated and dams at or near capacity, there is a heightened risk of riverine and flash flooding as well as landslips along central parts of the NSW coast from Saturday.
River levels are expected to rise from Saturday, with the largest impacts starting Monday or Tuesday next week. Wind and waves will also increase along parts of the coast from Saturday, with a risk of coastal erosion for some areas.
Longer-range forecasts indicate the heavy rain over eastern NSW could continue into the second week of July.
The Bureau is recommending communities along the east coast of Queensland and NSW, especially those living on or near any rivers, creeks or streams, stay up to date with the latest Bureau forecasts and warnings through the Bureau’s website and BOM Weather app and follow the advice of emergency services.
The bureau has urged those people travelling to or around affected areas these school holidays to stay updated on the latest weather advice and recommends enabling notifications on your BOM Weather app for the latest advice and warnings.