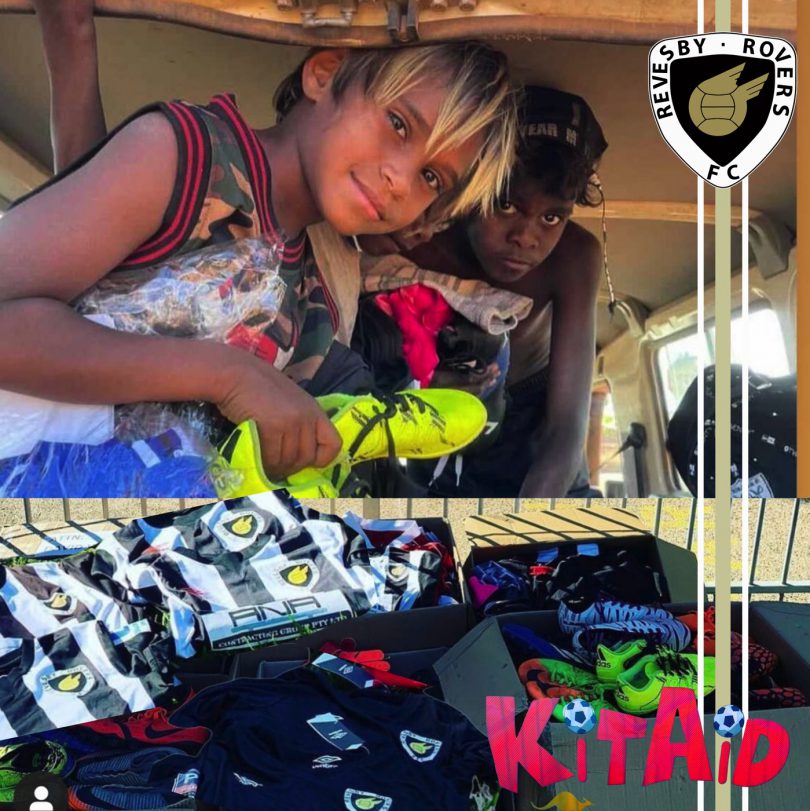 THE oldest football club in Bankstown, Revesby Rovers FC decided earlier this year to modernise their black and white clobber adding a touch of gold to celebrate their 70th anniversary this year.

Rovers Vice President Sonia Mira said that when the new gear arrived they were left with all of the former jerseys, jackets, hoodies, shin guards, shirts and socks not to mention hundreds of pairs of boots that younger members had grown out of.
“Thanks to our generous sponsors we were able to update our gear in our golden anniversary year and thought there may be less advantaged clubs that would benefit from our pre-loved clothing,” Mira said.
“We contacted Kids Aid Australia who invited us to donate our items to a needy indigenous community in the Northern Territory.”
Not only was the timing right but when Fed Ex was contacted to get a quote on the cost of shipping the container loads full of items up north, they offered to do it for Rovers FC free of charge.
“It was so easy to do and one of the most rewarding things we’ve done,” Mira said.
“To see the looks on the faces of the children with the new gear was priceless.
“We are such a family orientated club; if anyone asked for help, a club member would be there in five minutes to offer support and these are the values we try to instil in the kids.”
Revesby Rovers FC is planning other 70th anniversary celebrations when the lockdown ends.