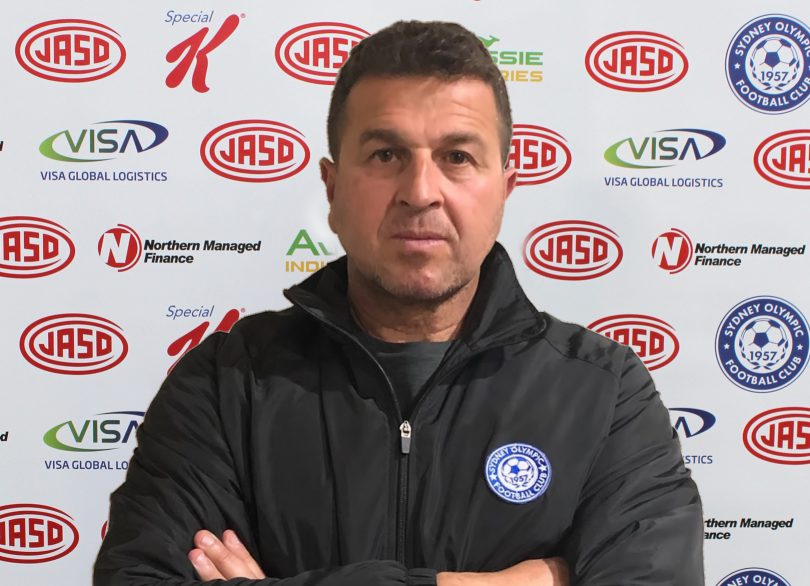 Terry will not only coach the Men’s First Grade squad but also have responsibility and oversight of the Under 20s squad as part of the Club’s Senior program.
Club CEO John Boulous said that after the resignation of Abbas Saad, the Club needed to move quickly to ensure they were able to continue their planning, retention and recruitment ahead of the new season.
“Terry brings an extensive knowledge of the NSW National Premier League and its players and we feel this is a great advantage in our quest to continue to build a senior program that is able to develop our existing players and attract the best young talent to our club to ensure all players reach their potential, whether at Olympic or at the next level,” Boulous said.
“Terry was extremely impressive in our discussions and in the plan he presented to us. We are confident he will develop and implement a football program for senior players that brings success to our Club and its fans.”
Excited by his appointment Palapanis said it was an honour to be given the opportunity to coach at such a historical and prestigious club like Sydney Olympic, a club in which he supported as a child.
“We will endeavour to play a style of football that will entertain, but also importantly bring the results to achieve our aim of winning silverware in 2020,” he said.