ALMOST $650,000 in cash as well as drugs with an estimated value of $200,000 and three firearms were allegedly seized during a raid at a Merrylands unit last week.

The raid was carried out by detectives from Strike Force Diffey, which was formed in September last year to investigate the alleged coordinated money laundering across Sydney and the importation and supply of illicit drugs into NSW.
It follows the alleged discovery in October this year by Australia Border Force (ABF) officers, of an air cargo consignment of sriracha, a hot chilli sauce from the United States, allegedly containing methylamphetamine (ice).
A preliminary forensic analysis allegedly determined the 768 bottles contained about 400kg of ice, with a potential estimated street value of more than $300 million. Four men, aged 30, 34, 36 and 45, were charged with a range of offences and remain before the courts.
On Thursday morning, strike force detectives searched the Merrylands unit and allegedly found $644,000 cash, two semi-automatic pistols, a .22 calibre shortened bolt action rifle, ammunition, two kilos of MDMA, 250g of cocaine, 340g of cannabis, mobile phones, sim cards, drug paraphernalia and various documents.
A 24-year-old woman arrested at unit has been charged with four counts of possessing identity information to commit indictable offence, knowingly dealing with proceeds of crime, possessing an unauthorised prohibited firearm, two counts of possessing unauthorised pistol, not keeping firearm safely-prohibited firearm, possessing ammunition without holding licence/permit/authority, and three counts of supplying a prohibited drug.
Police will allege in court that she used fraudulent identification to set-up four businesses to assist with the importation of illicit drugs.
Investigations under Strike Force Diffey are continuing. 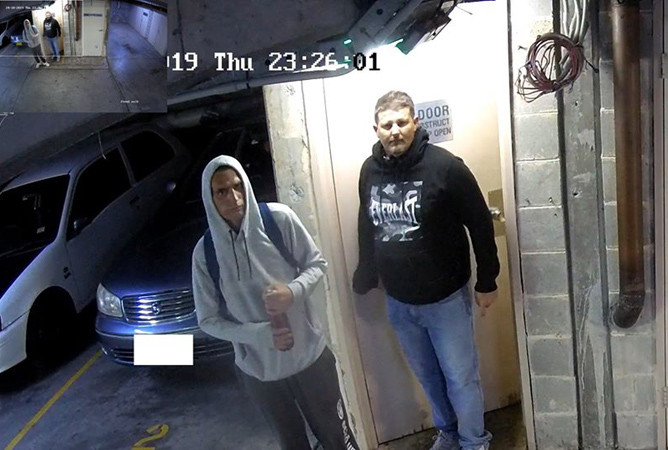 POLICE have asked for public help to identify two men they believe may be able to assist in relation to an investigation into a break and enter at South Parade at Auburn on October 25.

No licence, hit police
A 46-YEAR-OLD Auburn man has been charged with drink driving after allegedly hitting two cars including a police car last month.
Officers from the Parramatta Police Area Command (PAC), allegedly saw the man driving a Silver Mazda 626 Sedan South along Portico Parade in Toongabbie on November 27 at 5.22pm.
The driver of the Mazda allegedly hit a stationary Toyota Yaris at the intersection of Portico Parade and The Portico before allegedly reversing into the marked police car.
The Mazda driver allegedly returned a breath test of 0.365. The driver also did not allegedly hold a current driver’s licence. 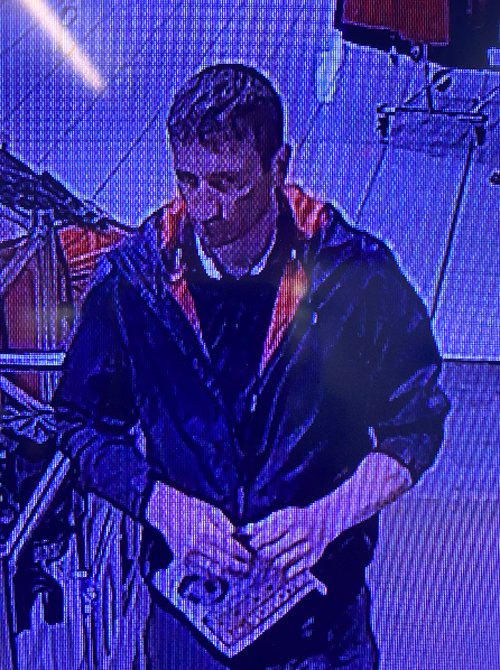 A THEFT from a large outdoor clothing and camping store in Lidcombe on the November 20 is under investigation and police have released a photo of a man they believe may be able to assist with enquiries.

Street racing charges
A MERRYLANDS man has been clocked at more than 100km/h over the limit while allegedly street racing on the M4 at Auburn in the early hours of Saturday morning.
Traffic and Highway Patrol officers detected two vehicles allegedly engaged in a street race at 1.50am with one car travelling at 194km/h in the 90km/h zone.
Police pursued and stopped the car when it turned off at the James Ruse Drive exit.
The 24-year-old driver was charged with street racing, speed manner dangerous and exceed speed over 45km/h and had his licence suspended on the spot.
Assistant commissioner Michael Corboy said it was this sort of behaviour that was costing lives on our roads.
“This close to Christmas, the family of this young man should take something out of this, given that he gets to come home; for other families this is not the case,” he said.