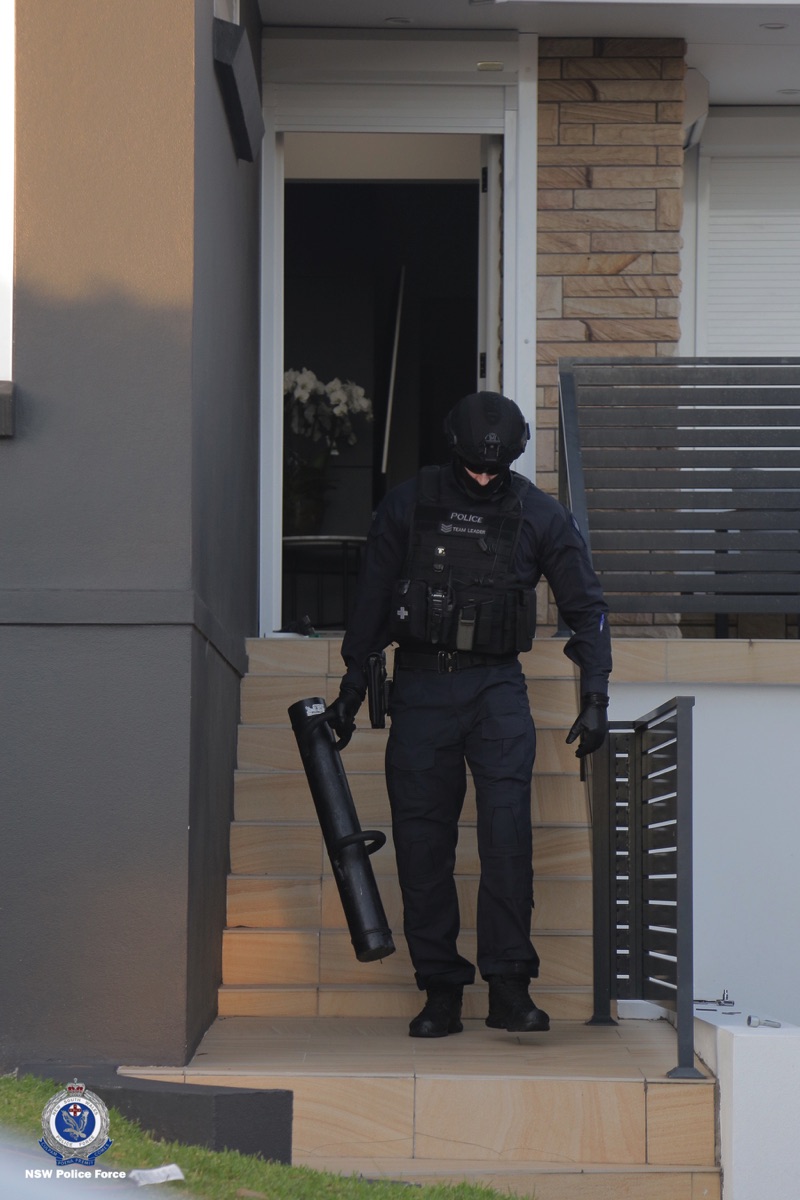 TWO people have been charged and more than $500,000 cash, firearms and illicit drugs seized as part of an ongoing operation to dismantle organised criminal networks.

Detectives from across State Crime Command continue to conduct inquiries into numerous public place shootings, murders and other acts of violence committed across the Sydney metropolitan area, supported by high-impact proactive strategies under Strike Force Hawk.
So far, the combined proactive and investigative efforts by police to suppress the acts and associated activities of these criminal groups has resulted in more than 80 people being charged with 327 offences.
Police have also conducted 159 search warrants and FPO searches, seized more than 20 firearms, in excess of 25 vehicles – mostly high-performance cars used to facilitate violent crimes, numerous Dedicated Encrypted Communication Devices (DECDs), and made large seizures of various illicit drugs.
Homes at Parramatta, Merrylands and Greystanes, as well as a Pemulwuy business, were raided by police on Wednesday, December 15, during which they allegedly seized luxury watches, heroin and cocaine, DECDs, cash and documentation, which will undergo further forensic examination.
A 25-year-old man was was charged with three offences, including reckless grievous bodily harm – in company, affray and assault person intend criminal activity of criminal group.
During the operation, a 26-year-old woman was charged with dishonestly obtain property by deception and four counts of use false document to obtain financial advantage.
Police will allege in court that the woman used fraudulent documents to obtain funds in order to purchase the home on Royal Place at Merrylands.
Investigations are ongoing and further arrests are expected.