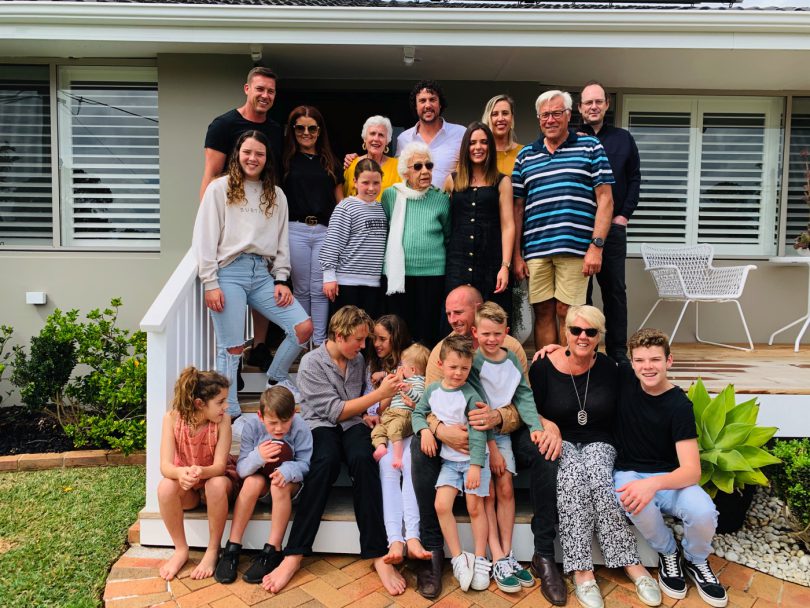 STILL living independently in her own home in Milperra, Rita Ettridge will celebrate her 100th birthday next Wednesday, September 22.

Rita and her late husband Charles built their first home in Arthur Street, Bankstown, in 1949 and later moved to Condell Park in 1976.
She moved to Milperra in 2008, to be closer to her children Dianne and Graeme.
Always on song, she has been a member of Bankstown City Choir at Georges Hall, Lyndalls Church Choir at Yagoona, Ross’s Place choir at Revesby and the Gary Smith seniors choir at Padstow.
“Up until recently, she enjoyed the senior excises class at Padstow but due to Covid, she can longer go to these classes,” daughter-in-law Chris said.
“We are so glad we had a party for her 99th with all her family, including son, daughter, four grandchildren with their partners and all of her 10 great-grandchildren.
“We are so grateful to have been able to celebrate with her last year as this year, it will be done by zoom.”
Rita puts her long life down to eating five vegetables and meat most days nor does she drink or smoke.
“She has always taken an active and enthusiastic interest in all the family including her interstate nephews and nieces; she is our inspiration,” Chris said.