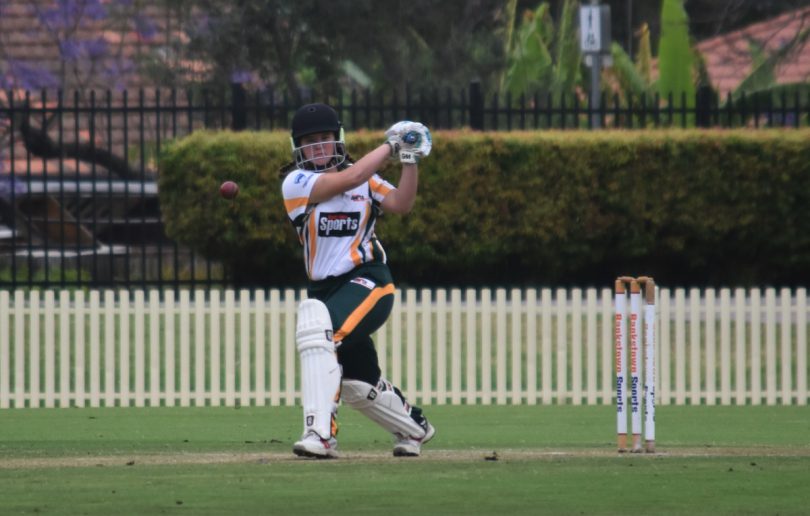 BANKSTOWN Sports Women’s first grade cricket side had a disappointing round with poor ground conditions causing the match to be abandoned, however Second Grade had a fantastic win against Gordon/North Sydney in the first 50 match of the season.

Bankstown Sports were asked to field first after losing the toss and although they were unable to get a wicket for 20 overs, they kept the runs to a minimum.
Cynthia Coghlan finished with figures of 2/20 off 6 while Kaitlyn Drinkwater and Shekinah Lowe both were able to pick up a wicket a piece. Chasing 165 for victory, Bankstown Sports started with a 63-run partnership between Danielle Moyes, 23 and Cynthia Coghlan, 32.
Maeve Martin was then able to pick up from where the openers left off to record her first 2nd Grade half century which included 4 boundaries, 51no. Along with Emma Newman, 28no, they saw Bankstown Sports home in the 37th over.
In a low-scoring game, 3rd Grade went down to Parramatta for the first 40 over match of the season. Bankstown Sports bowled out Parramatta for 80 with Shannon Mazurkiewicz 2/5, Rosalyn Ou 2/12, Shekinah Lowe 2/25 all taking 2 wickets.
In reply, Bankstown Sports struggled to get any momentum with the constant fall of wickets to be bowled out for 63.
A terrific fielding effort and strong bowling helped secure the win for Bankstown Sports U15 Sixers Cricket, with Easts finishing All Out 86. Bismah Choudhry, 2/11, Taylor McMahon, 1/4 and Marium Mahmood were the pick of the bowlers.
The U18 Brewer Shield match was also washed out.