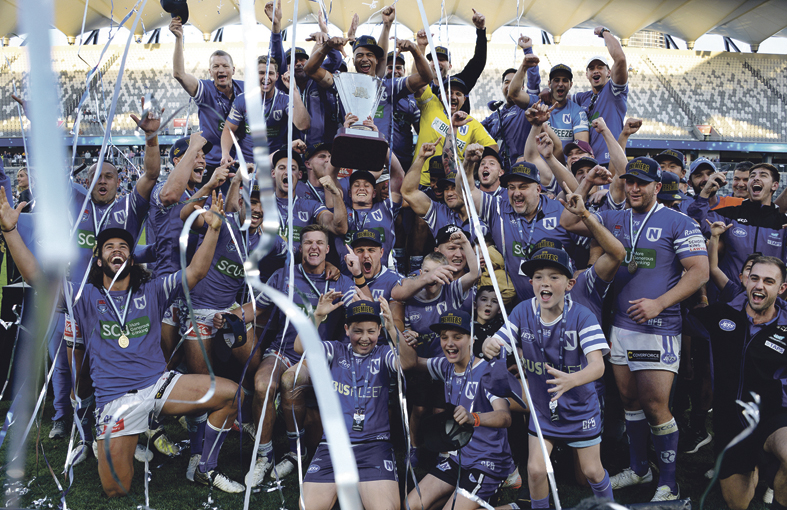 ‘We’ll be back as soon as safe’

THE Newtown Jets will have to wait until next year to defend their championship title after the Canterbury Cup was cancelled, in response to the Covid-19 pandemic.
The NSW Rugby League (NSWRL) has cancelled nine major competitions for 2020, including Jersey Flegg Cup (Under 20s), UNE SG Ball Cup (Under 18s), Laurie Daley Cup (Under 18s), Harvey Norman Tarsha Gale Cup (Under 18s women), UNE Harold Matthews Cup (Under 16s), Andrew Johns Cup (Under 16s), Women’s Country Championships and Men’s Under 23s Country Championships.
A decision has yet to be made about other competitions such as the Ron Massey Cup, Sydney Shield and the Harvey Norman Women’s Premiership as well as community football, which involves grassroots players from Under 6s to open age.
NSWRL Chief Executive David Trodden said the Board had no option but to take this unprecedented action in response to the revised medical advice from government health officials and other experts, along with the various travel bans within Australia and New Zealand.
“It is devastating for everyone involved but the advice has changed dramatically since we suspended these competitions nine days ago,” Trodden said.
“The likelihood of a shortened season in which to conduct the bigger competitions like Canterbury Cup NSW and Jersey Flegg Cup was also a factor as the narrow window of opportunity to resume and complete the competitions meant it was not viable to go ahead.
“This issue is not as big of a concern for some of our other competitions and community football that can still be conducted over a shortened timeframe or as gala days or mini carnivals.
“We are also aware that rugby league can play a role in the healing process of the community so when it is safe to play, we hope to give our players, volunteers, coaches and officials the opportunity to get back to doing what they love, even if it is for a shortened period of time.”