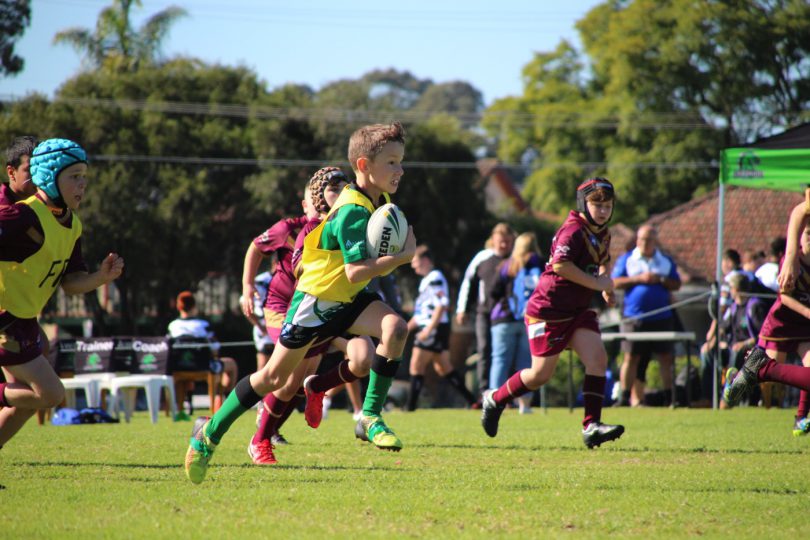 THOUSANDS of young players from 12 clubs in the Canterbury Bankstown Junior Rugby League Association have had their hopes of resuming their season dashed after the NSWRL Board decided to abandon community competitions.

“It has become increasingly clear that with rising infection rates there can be, understandably, no NSW Government sanctioned roadmap out of the present lockdown for sport at the moment,” NSWRL Chief Executive David Trodden said.
Calling the decision upsetting, Berala Bears President Omar Sankari said young players would miss out on over half a year of playing sport.
“It was sad to hear they’re not thinking of bringing back anything at all,” he said.
“But more than half of our association’s teams are in this local government area which is locked down so it wasn’t really a surprise.”
With nearly 300 club members, Sankari said the pandemic had hit everyone hard including sponsors like Berala Hotel and Dooleys which have been closed for months.
“We’ll be lucky to get any sponsorship at all next year which is unfortunate since it was all for the kids but more young people are getting sick this time around so it is the right decision.”
Greenacre Tigers Secretary Khalil Kouayder agrees.
“The NSWRL held off for making a decision for two months,” he said.
“They tried everything in their power before making the hard decision and I believe that at the end of the day, this is the correct move for everyone.”
Chester Hill Hornets President Mohammad Lababidi says it’s not good for children to be sitting at home without their sport.
“Kids need to get the energy out but they understand it’s for the safety of all,” he said.
“It’s very disappointing for all of the footy families.
“There’s nothing else we can do but try to do some backyard training.
“We’re already looking forward to next year.”