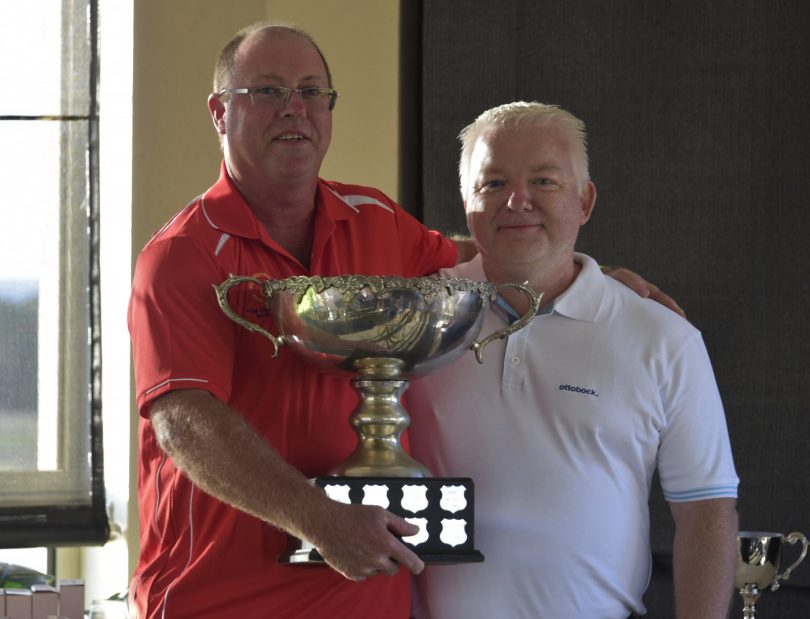 IMPRESSING even himself, Milperra golfer Shane Luke has scored his 10th national golf title at the Australian Amputee Golf Championship in Adelaide.

He was also world series golf champion in 2002, leading amputee in the world championships in 2014, part of the Australian team that won the ‘World Disabled Cup’ in South Africa in 2014 and placed third in Japan last year.
But the Bankstown Golf Club member says the highlight of his career was presenting his prosthetic leg as a joke to Tiger Woods at the Presidents Cup in Melbourne in 2019 before then hitting the golf ball onto the floating green on one foot, much to the surprise of Woods.
“I just said, ‘hey Tiger would you mind holding my leg’ and he said ‘sure, no problem’. It was so cool of him to do that; it was such a fun day,” said Shane who is looking forward to later in the year and the Australian Open in which the top disabled golfers also compete.
“I will give it my best shot,” he said.
Saying golf is his passion, his meditation and his exercise, Shane started playing with his father prior to the amputation of his leg.
“Golf became my rehabilitation after I lost my leg to bone cancer at 15,” he said.
“Dad suggested we hit some balls. I laughed at him as I couldn’t imagine I would ever be able to hit a ball again but visiting the golf range was an eye opener.
“I did hit a ball, in fact many balls that day and never fell over once.”
The new president of not-for-profit Amputee Golf Australia is trying to encourage more people with disabilities, especially women and juniors, to have a go at golf.
“Golf is the most fitting sport if you have a disability; just get out there and give it a try,” he said.