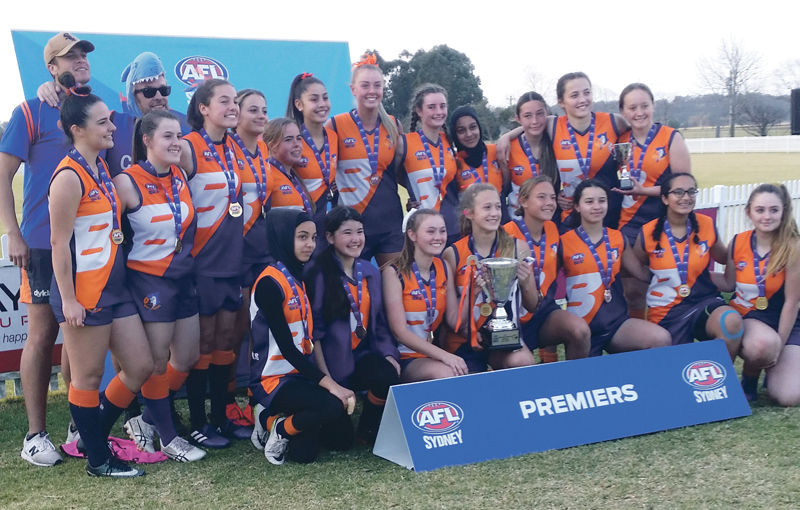 CONGRATULATIONS to the Bankstown BullSharks Youth Girls 18s team who won their Grand Final on the weekend and claimed the first ever premiership for the Club.

In a tight contest, the girls defeated a strong Camden team 28-18 in windy conditions – an amazing result for a group of girls who have been playing together for the last four years.
All of the girls played great footy and Lana Gilmour from the BullSharks thoroughly deserved her best on ground medal.
Also congrats to the Youth Girls 13s team who had a narrow loss to Ingleburn in the Semi Final, going down 21 to 19.
The results for both Youth Girls teams is a testament to the hard work of their coaches and volunteers and shows the growth of girls AFL at the Bankstown Bullsharks. Well done, girls.
The BullSharks were formed in 2015 through a partnership established between Bankstown Sports Club and AFL NSW/ACT following the folding of the previous AFL club in Bankstown in 2013.