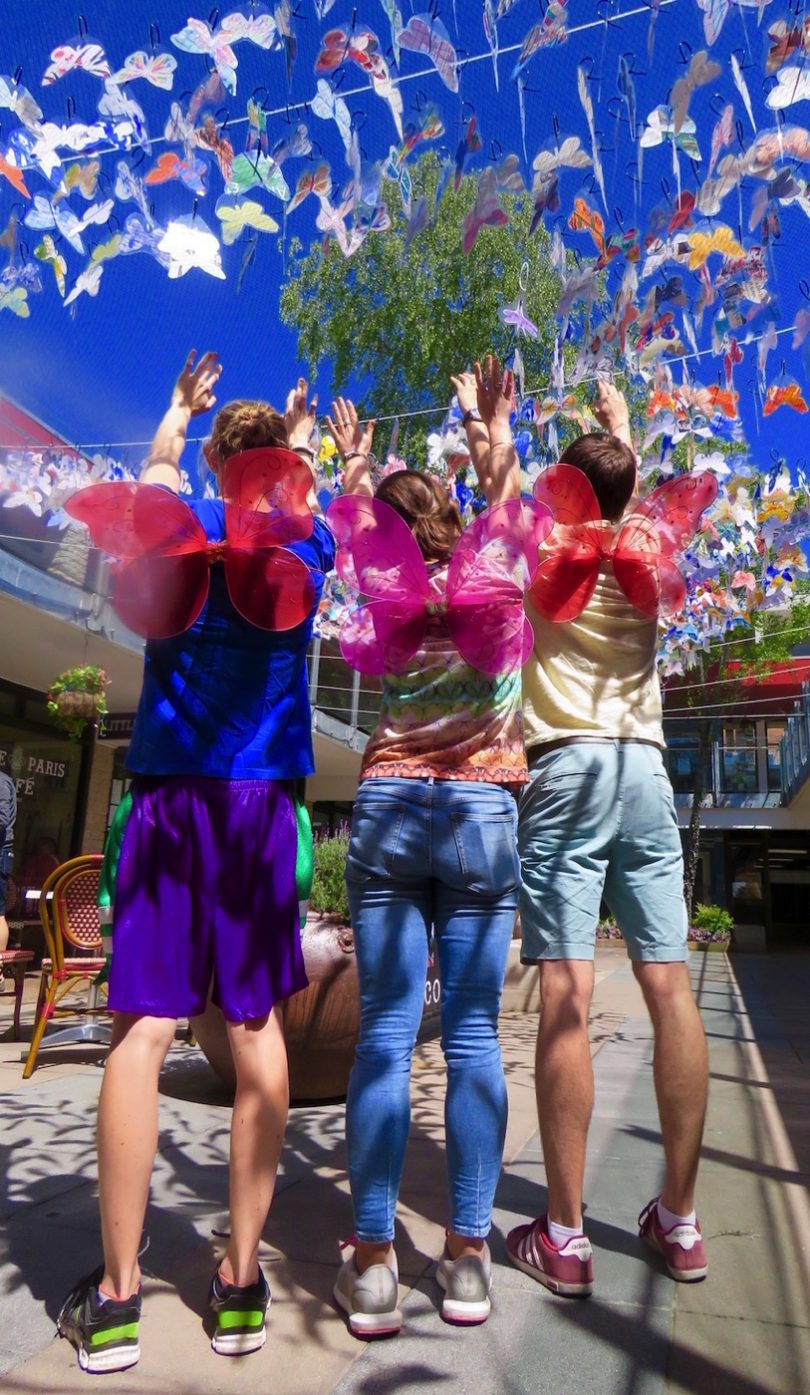 HOPING to change the world one butterfly at a time, artist Nick Baldas’ colony has now grown to 3,000 thanks to contributions from students around the state, with their artwork in an exhibition launched on Saturday to coincide with World Environment Day.

The HOPE Butterfly Project is on offer to enjoy in the Margot Hardy Gallery at the Bankstown campus of Western Sydney University for the next month, with Nick – who specialises in installation art and interactive community projects – saying it was his way of inspiring the community and creating hope for the future.
“I invited schools to take part and sent them two templates to trace and colour-in or paper over, embellish and cut out before sending in,” he said.
“The results are beautiful, almost magical, with some covered in glitter and others in ribbon.
“The only criteria was that they all had to be the same size in order to fit into the colony.
“I treat them as if they are alive and have been told it’s created a great talking point about the environment in schools.”
Nick says all of his works are designed to have a voice and purpose.
“It’s been wonderful to see so many butterflies ‘landing’ in Bankstown, with some schools sending in nearly 200 and others maybe only four or five so it’s as if each school has sent in their own species,” he said.
“I’ve created netting for them which looks like they are really flying, it’s stunning.”
However, the butterfly contributions are not limited to school students.
“If anyone is interested in creating and sending in their own butterfly, they are most welcome,” he said.
For details, go to facebook.com/Water-Labyrinth.