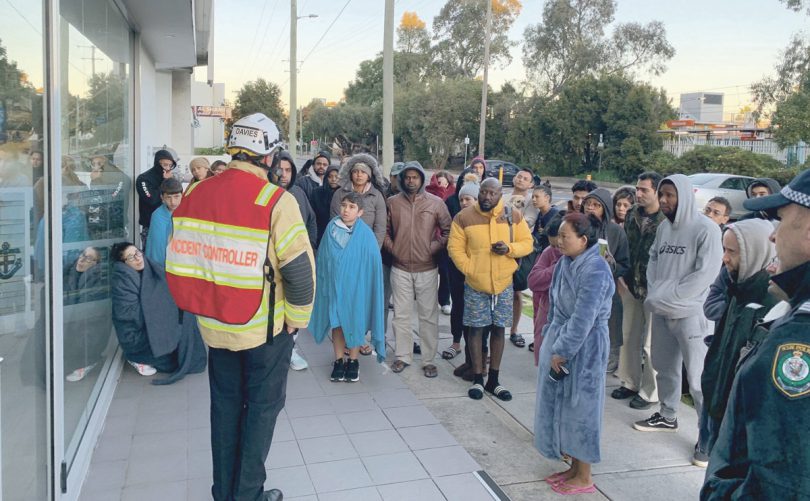 RESIDENTS of a unit block in Merrylands had a scary early awakening after an explosion and fire in the basement car park last Wednesday.

More than 40 residents were evacuated from the Railway Terrace building when the fire erupted about 4.50am, leaving them standing on the street in the cold – many in their pyjamas – for several hours.
Police established a crime scene as Fire Investigation and Research Unit (FIRU) investigators worked with forensics experts to determine the cause of the fire.
It took seven fire crews to bring the blaze under control. Two cars in the basement car park were destroyed by the fire and another eight damaged, while heavy smoke spread throughout the six-level building.
Fire crews used extraction fans to clear the smoke from the building and Hazardous Materials technicians used gas detectors to measure the level of toxic smoke, given off by the blaze, before residents could return.
The fire is a timely reminder about NSW Fire and Rescue’s winter fire safety campaign and ‘Be Safe, Not Sorry’.
FRNSW Superintendent Adam Dewberry says the cold season averages around 1,100 residential fires each year in NSW.
“Please take the proper precautions to keep you and your family safe this winter,” Superintendent Dewberry said.