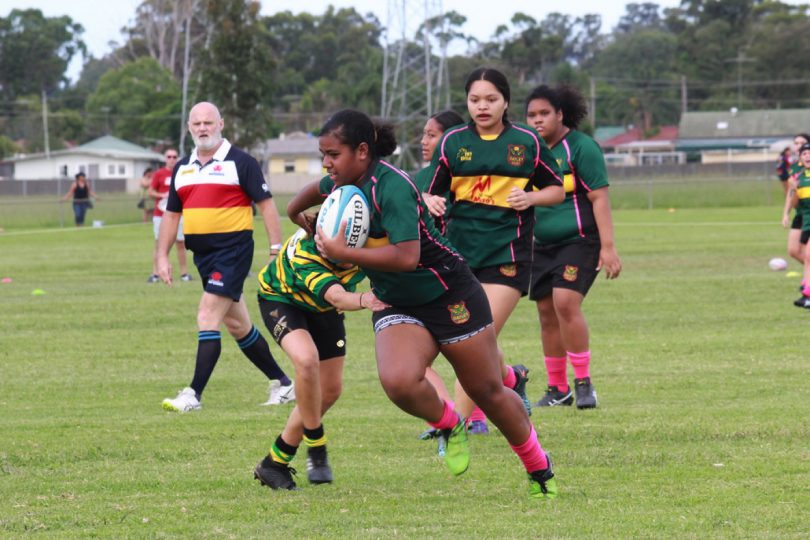 ONE of the fastest growing female sports in Australia, rugby union will restart at the end of July with Oatley Girls – drawing on players from across Canterbury Bankstown – among the first to get back on the training paddock.

With stringent health and hygiene protocols now in place, Oatley plays out of Evatt Park on the border of Lugarno and Riverwood and is the only junior rugby union club between Hurstville and Campbelltown south of the Hume Highway.
With a senior team as well as junior boys from U6s to U16s, the club is now paving the way in the introduction of girls to rugby in south west Sydney, with most players drawn from west of the Georges River.
Australia’s women’s team are the current Olympic champions and are fierce rivals to New Zealand for World Number One ranking.
Oatley Girls coach Ross Bernays has admitted to being impressed in the way the girls have taken to the game and says the girls have embraced sevens rugby with a passion that is a credit to their willingness to learn a contact sport.
“‘Tackle like a girl’ is their tongue in cheek mantra pointing to their commitment to the rough and tumble of the game,” he said.
Drawing girls from a wide number of other sports, including netball, athletics, touch and Oztag, rugby union is combined with many of their other sporting commitments.
With community rugby competitions not recommencing until next month, there is still plenty of time to get involved.
For more info, call Tracy Bush, 0414 467 422 or visit juniors@oatleyrugby.com.