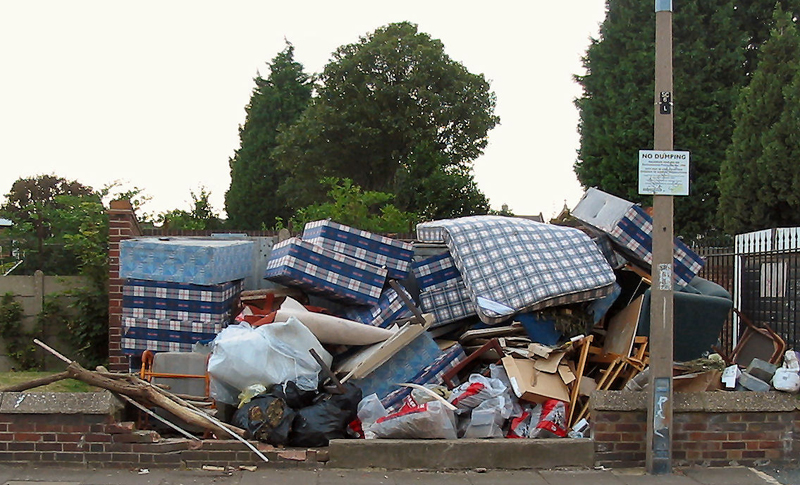 WITH some streets “treated like a waste dump by people who don’t care about the community they are leaving”, City of Canterbury Bankstown has called for a tightening of legislation so tenants moving out are aware of their responsibilities.

In Canterbury-Bankstown in 2018-2019, the council disposed of 2,481 tonnes of illegally dumped rubbish to landfill, with disposal fees of $461,000 (not including the number of staff hours required).
Mayor Khal Asfour said the council, in its submission to the NSW Government which is reviewing the Retail Tenancies Regulation, provided suggestions aimed at addressing what has become a massive problem across Sydney.
“Some residents who move out of the property they have rented, dump their unwanted items on the nature strip, creating not only an eyesore but also a potential health and safety hazard councils are forced to clean-up,” he said.
“If there is a high turnover of tenants in a unit complex, that can impact on neighbours multiple times over throughout the year, and cost all ratepayers dearly.”
Deputy Mayor Clare Raffan agreed, saying evidence demonstrates a strong correlation between illegal dumping of household items and a high turnover of mostly tenanted, medium density, older style, multi-unit dwellings, along the rail corridor.
“While we continue to tailor our programs and educational material to address residential illegal dumping, the high turnover of tenants and the largely transient population in parts of our City suggests our initiatives would be better supported by tighter regulation,” she said.