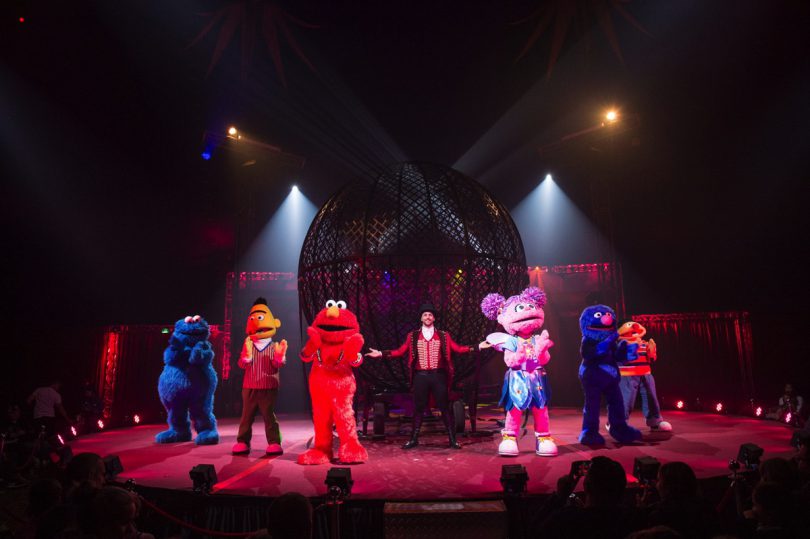 WITH great music, lights, awesome stunts and your favourite characters, the Sesame Street Circus Spectacular will be wowing audiences at Blacktown Showground until June 13.

Featuring some of the best performers from across the globe, the all ages show is for anyone who loves a world class circus.
Add your favourite Sesame Street characters including Elmo, Cookie Monster, Bert and Ernie and Super Grover for the young ones (and the young at heart) and this show truly has something for everyone.
The 90-minute circus spectacular under the big top featuring incredible artists from Argentina, Switzerland, Brazil, Morocco, Spain, Africa and Australia, will leave audiences spellbound with its electrifying and daring performances.
Every element within the show was newly developed for the tour, which was written and produced locally and includes the original Sesame Street voices that were recorded in New York especially for this production.
“We’re absolutely delighted to be bringing this incredible circus production to Blacktown, create some fun and add much-needed smiles to faces young and old,” says Keith Brown, Managing Director of Showtime Attractions.
“Not just for little ones, this circus spectacular will leave everyone spellbound,” he said.
“We have a lineup of the most incredible circus stars from around the world that will amaze you with their creativity and artistry. And of course, the Sesame Street characters are sure to entertain, no matter what your age.”
Tickets via ticketmaster.com.au or call circus direct: 0413 880 044.