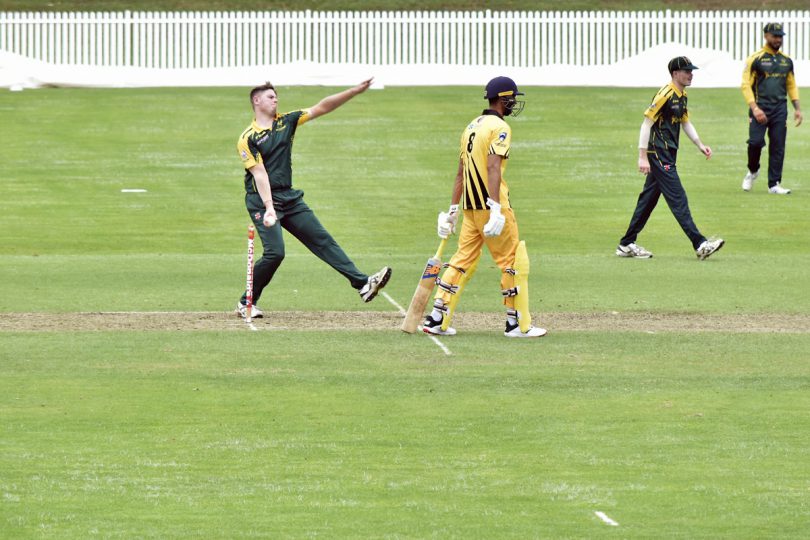 AUBURN Cricket Club has lost its lead on the Sydney Shires Club Championship but after several convincing wins, the title is still within its grasp.

The Eagles first grade showed some great form defeating competition leaders Strathfield at Mona Park last Saturday.
Auburn won the toss and sent Strathfield in to bat. While the conditions offered little to Eagle bowlers, they still bowled a very tight and disciplined line and length, and after 50 overs Strathfield were 9-140. Sean Cleasby starred with the ball taking 5-40, supported by Ardil Domingo 2-24.
In Reply, Auburn made 6-141 in 46 overs to secure the points. Top scorers were Alex Daniels (43) and Blake Pearson (36 not out).
In second grade, the Eagles bowled Strathfield out for 162 before taking the win with 3-164 to again secure the win points but bonus point. They are in second position on their ladder but only a few points behind the leader.
The third grade Eagles lost a tight match after Strathfield bowled them out for 108, before passing them with 8-109. Best batsmen were Mackenzie Casson (25) and Imad Ahmadi (38), while the best of the bowlers were Casson 3-15, Harris Haider 3-8 and Ahmadi 2-42.
The fourth grade match was abandoned with the ground unfit for play.
The all-conquering fifth grade Eagles bowled Lane Cove out for 72 and made 5-76 to secure the match points and strengthen their hold at the top of their ladder. Thuva Senthilvadevel took 3-6, and Arsh Diwan 3-14, while veteran Sanketh Gitte scored 38.
Due to Covid, all remaining matches will be 50-over, one-day affairs.